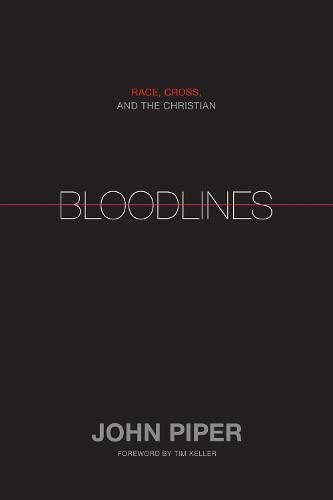 John Piper’s Bloodlines: Race, Cross, and the Christian, his most recent addition to an already fruitful writing career, is an earnest call for racial diversity and harmony in the church on the basis of the gospel. The book’s shining beauty is its rigorous gospel-centeredness: it demonstrates how racial reconciliation stems from God reconciliation, achieved by Jesus Christ at the cross for all who believe. Thus Piper does not merely call the church to racial diversity and harmony; he shows why the gospel requires it and how the gospel enables it. As he puts it, “the blood of Christ was shed for this. It is not first a social issue, but a gospel issue” (p. 227).

The book is divided into two parts. The first is more narratival and testimonial, while the second is more exegetical and theological. Because the book’s chapter-by-chapter arrangement becomes a bit complex, I will weave my summary of its contents together with my analysis of its strengths and weaknesses.

One of the book’s most helpful qualities is its sheer honesty. This is immediately evident in the first two chapters, where Piper chronicles his own story from growing up in the South during the height of the Civil Rights movement to his current ministry in an ethnically diverse urban context. Much is added to the overall punch of the book by Piper’s willingness to begin with an unflinching admission (and repentance) of his childhood racist attitudes: it gives the book a kind of credibility that a more detached treatment of the subject would likely lack. In addition, Piper’s tone throughout the book is refreshingly direct, conveying a sense of the weight of the topic being addressed.

The focus of Bloodlines is primarily on the black-white relationship. The justification given in chapter 4 for this focus may be unsatisfying to some readers after the profound grasp in chapter 3 of the changing global dynamics facing the church on the issue of race. While the black-white relationship continues to be an area of great challenge for the church, readers whose primary interest in racial issues relates to twenty-first century global missiology may find Bloodlines more like medicine for the past than a map for the future. This is not a criticism of what the book does have to offer, but it does demonstrate a need for the church to continue to reflect on the gospel and race, especially with respect to how a wide range of diverse races and ethnicities, often without previous relationship, can bear out the beauty of Col 3:11.

Bloodlines is not merely theological. It engages with a wide range of historical figures and contemporary debates, demonstrating sensitivity to the turbulent history of the race issue, as well as its current politicization, complexity, and emotional volatility. As a somewhat arbitrary but nevertheless interesting indicator, consider that Bill Cosby is cited more frequently in the Name Index than Augustine, Luther, Calvin, Bunyan, Owen, and Edwards— combined. Chapter 5 forays into current discussions concerning the fate of young black men in America, striking a balance between explanations that emphasize personal responsibility and those that emphasize structural intervention. Piper acknowledges that some white evangelicals may have downplayed the latter, and he argues that the gospel will compel us to think in both categories (cf. pp. 102ff.), while at the same time insisting that the gospel cannot be domesticated according to any social or political agenda. “Jesus did not come into the world to endorse anybody’s platform” (p. 85).

Chapter 6, which Piper calls the “center” of the book (p. 14), presents nine (not ten, as the foreword suggests) ways that the gospel destroys the roots of racism (guilt, greed, hate, etc.). This more systematic treatment of the gospel and racism is then given a thorough exegetical basis in the second part of the book, particularly in chapters 7–14, through interaction with such texts as Luke 4:16–30, Matt 8:5–13, Eph 2:11–22, Rev 5:9–10, Rom 3:29–30, Col 3:9–11, Gal 2:11–16, Jas 1:26–2:13, Eph 1:4–6, and Rom 15:8–9. The recurrent emphasis is that the gospel undermines racism by creating a new humanity, reconciled to God, centered on Christ, and bound to each other in love and equality. While most of this section is profoundly illuminating, there may be a degree of theological overreach in Piper’s utilization of the five points of Calvinism in chapters 9, 11, and 12. Even readers (like myself) who share Piper’s reformed convictions may find his arguments from TULIP less convincing than his arguments from Scripture at this point. One wonders, for example, if the exposition of Rev 5:9–10 would have been simpler and more decisive without its extended interfacing with the controversial doctrine of limited/definite atonement (pp. 136–42), or similarly whether invoking the doctrine of irresistible grace was the most compelling way to conclude his exegesis of Col 3:11 (pp. 165–67).

Chapter 15 is an argument for inter-racial marriage, while chapter 16, drawing from Nathaniel’s question in John 1:46 (“can anything good come out of Nazareth?”) distinguishes between right probability judgments and wrong prejudice. An important point for further discussion may concern whether Piper’s list of criteria on p. 223 is sufficiently strict against negative generalizations on the basis of race. Of the book’s four appendices, Appendix 3, which gives a portrait of how and why Piper’s church has pursued racial harmony and diversity, may be especially helpful to churches looking for practical ways to move forward on this issue.