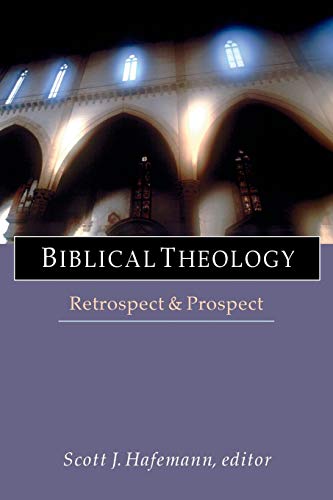 Despite periodic obituary notices, biblical theology is alive and well—not least on the evidence of this collection of nineteen essays, which arises out of a conference at Wheaton College in April 2000.

After an introductory retrospect and prospect by the editor, the book is in four parts. First, on the OT, there are essays by John Sailhamer, Brian Toews, William Dumbrell, Stephen Dempster, Richard Schultz, Gerald H. Wilson, and M. Jay Wells. These essays mostly look at questions of how to structure a biblical theological approach to the OT, with special reference to Genesis and Psalms. Secondly, on the NT, there are essays by James M. Scott, Andreas Köstenberger, G. K. Beale, and Peter Stuhlmacher. These essays mostly address questions of a possible theological centre for the NT and of unity and diversity. The third section focuses on biblical unity, with essays by Christopher Seitz, Nicholas Perrin, Stephen Fowl, Daniel Fuller, and Ted Dorman. This section is more diverse, though the prime concern seems to be about articulating appropriate frames of reference for theological interpretation, via particular interpreters or interpretative traditions (including a critique of the bizarre—at least to most British readers—world of dispensationalism). The final section has essays by Paul House and Graeme Goldsworthy, which focus on taking Scripture as a whole and seeing biblical theology as intrinsically related to the practical challenges of faithful education and mission within the Church. The level of writing is consistently lucid and accessible, and there is a strong overall sense of consensus, despite a disagreement between Stuhlmacher and Seitz, and some concerns solely expressed by Fowl (see below).

One of the striking features of the collection is the overall adoption of a ‘canonical’ approach to biblical theology, in a way that to some extent draws on the work of Brevard Childs in terms of working with the received form of the biblical text and looking for significant structuring of individual books and larger collections of books in their received form; on which level there is some significant fresh insight.

Although I appreciated the book, I have one disappointment, and one reservation. The disappointment is that there is effectively no exegesis. Contributors discuss the biblical text in more general ways, with little by way of worked-out exegetical examples of the difference that the proposed canonical approach might make (though Wilson on the psalter is suggestive). I was struck, for example, that Genesis 3:15 as some kind of protoevangelium is clearly back in favour (Toews, Dempster and Wells all make use of it). Yet I have yet to be persuaded that any such use does not fall foul of House’s proper concern that ‘exegesis should keep biblical theology biblical in the sense that it will keep scholars from imposing theological systems on texts that cannot bear their weight’ (270).

My reservation relates to what is not said, except by Fowl, who expresses the need to recover a proper rule of faith and to re-examine the relationship between Scripture and Church. I am deeply persuaded (and have attempted to articulate in my own book, The Bible, Theology, and Faith (CUP, 2000), that problems of biblical theology cannot be solved solely by, as it were, reshuffling the biblical pack in a more wholistic way. In addition to Fowl’s concerns, I miss any real engagement with recent debates as to what is necessary to form wise interpreters of Scripture through the disciplines of prayer and discipleship; or debates about what is necessary genuinely to penetrate to those fundamental realities of which Scripture speaks and to formulate and enact them appropriately; or debates about the nature of revelation and religious language and what is necessary for human language faithfully to speak of the living God.

In short, this collection is a valuable marker on the road—but the journey must continue.