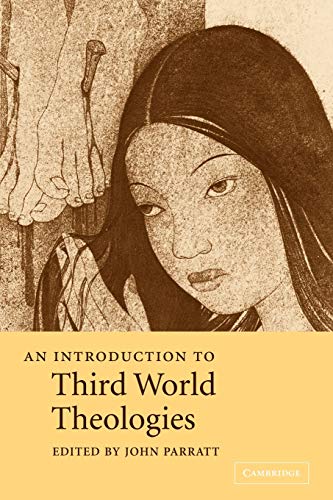 AN INTRODUCTION TO THIRD WORLD THEOLOGIES

Gradually we evangelicals are learning to use the word ‘theology’ in the plural. Time was when Western theologians imagined they were the only significant players. With the emergence of indigenous theologies we then perceived ourselves as referees passing authoritative judgement on the theological games we observed. But the time has now arrived when we need to step back a little to give space for the games to develop on their own terms. I therefore feel reluctant to critique this welcome introduction, written largely by practitioners, but am relieved to report that the quality is high and the ideas informative and stimulating.

The editor provides a masterly overview, pointing out that third world theologies share the twin concerns of affirming their cultural identity following colonial oppression and wrestling with issues of poverty and dependence. Each area has its own emphasis, however: ‘Latin America, the emphasis on liberation in the socio-political and economic dimension, Africa, the integrity of indigenous cultures and religions, and Asia, the need to do theology in a religiously plural context’ (11). Parratt also points out that the main resource for doing theology is no longer philosophy but the social sciences. His choice of featured geographical areas is determined by areas of strong christian presence and those with high theological output. Consequently the chapters include: Latin America (written by J. M. Bonino), India (K. Kim), East Asia (E. Tang), Africa [East and West] (D. Stinton), Southern Africa (I. A. Phiri) and the Caribbean (G. Mulrain).

Characteristically the chapters begin with some historical background followed by an examination of key issues and sometimes suggesting the way ahead. Although each is culture specific, common themes reappear; for example. Womanist theologies are ubiquitous. But it is the West that casts the biggest shadow everywhere, both historically with the imposition of colonialism, foreign languages and replacement Christian theologies and also today with influences of cultural globalization and trade imbalance. Still, in places like India, conversion to Christianity is seen as disloyalty to the nation. Alternatively, and equally unfortunately, Christianity can be used by indigenous theologians to support questionable national movements such as the Communist Revolution in China (82). But in both cases there is the desire to preserve and endorse one’s cultural identity. This also leads to some interesting attempts at contextualization which raises the usual question of when this exercise spills over into syncretism. How about the African notion of Christ as our ancestor, or the Korean idea of Jesus as the shaman of the minjung, or indeed the women theologians of the Caribbean who would like to see God as enchantress and even seductress (178)?

There is so much we in the West can learn from our Christian siblings around the world. Parrett helpfully summarizes many of them in his Postscript. In the west we thought we could do theology in a detached, objective way but we have been reminded that all theology is contextual and committed. What has always been implicit must become explicit. We have also been in danger of seeing theology as a technical, ‘ivory tower’ discipline, whereas Liberation Theologians and others stress that one must be of the people and living alongside them in their pain. We are reminded that, in places like the Caribbean, much vital theology is done orally and is sung and danced in parable and story. We are warned that theology is not just metaphysics but must be concerned with the transformation of society so that justice may prevail.

All in all, this book is an admirable introduction written by experts and would serve as an excellent basic text for courses in contextual theology.