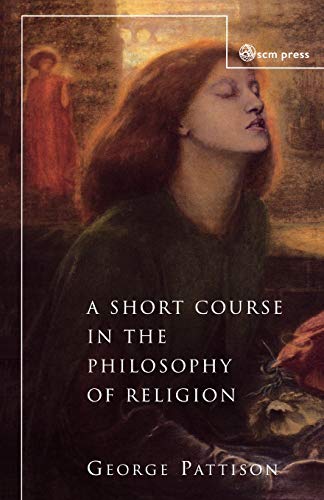 A SHORT COURSE IN THE PHILOSOPHY OF RELIGION

This book by George Pattison, Dean of Chapel at King’s College, Cambridge, is misleadingly titled. At over two hundred pages it is not particularly short; it is not a course for examination so much as a set of ten lectures (most originally delivered to students of the St Andrew’s Biblical-Theological Institute in Moscow); and it is not so much in philosophy of religion as in meta-philosophy; a set of musings on the nature and purpose of philosophy as a whole. Certainly there is no effort to treat major topics of the philosophy of religion such as the concept of God.

In the first six chapters (the ones adapted from the lectures he gave in Moscow) Pattison treats the philosophical tradition from Plato to Derrida, with particular reference to ‘the rise of the historical consciousness’, ‘the turn to the subject’, ‘the linguistic turn’, reductionism, and hermeneutics. The last four chapters consist largely in an effort to read, but explicitly, not to answer, the problem of evil in the light of the currents of thought discussed earlier. Pattison treats not only philosophers, particularly, Kant, Hegel, Kierkegaard, and Heidegger, but also literary figures, especially Dostoevsky.

The book is not easy to read: the style is opaque and Pattison eschews reasoned argument in favour of oracular pronouncements. It is also hard to tell where he is merely expounding others and where he is giving us his own thoughts. Here is a sample of Pattison’s prose:

For Sartre, nothingness is inseparable from our very identity as centres of freedom in the midst of the otherwise impermeable viscosity of Being-in-itself (173).

Pattison might respond that in this case the obscurity is all Sartre’s, but this raises the question of why one should bother expounding a thought if one cannot make it clear. At other points his sentences are so obscure that they cease to be grammatical:

Whatever is, therefore, is by virtue of the mere fact that it ‘is’ at all is in accord with God’s creative intention (145).

Facing up to the situation that in an age in which the measure of knowledge is determined by natural science such a hope can never be an object of knowledge, but only what it is: a hope (199).

These quotations at the very least show that a firmer editorial hand should have been exercised over Pattison’s manuscript.

Pattison’s book will probably not be of interest to the readers of Themelios, as a quotation from page 136 demonstrates:

The philosopher is unlikely to end up saying ‘This religion is true’, but may well say of several religions that ‘These religions provide for the possibility of living a religious life that is not in contradiction to [sic] the best attainable understanding of life open to contemporary humanity’.

Pattison gives his own understanding of religion only near the end of the book:

Rather, religion seems to be articulating the commitment to or search for a way of representing our human way of being in the world—a word, an image, or meaning-event—that would enhance the possibility of historical action, in solidarity with and on behalf of others, and sustain the belief that our world, whatever else it may be, is a humanizable world, a potential home for beings such as ourselves (201).

He also describes himself as a non-realist in the tradition of Don Cupitt concerning the afterlife: ‘it is not a matter of speculating about some post-mortem state of affairs’ (200). His non-realism seems to extend a lot further than just the afterlife, however:

The blurb on the back cover claims that it is ‘aimed at introductory students and general readers interested in thinking about God’. In fact, it will prove of interest only to those engaged in grappling with non-realism or post-modernism in its literary and religious manifestations.