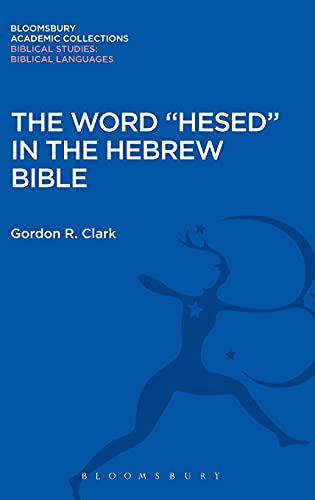 The Word Hesed in the Hebrew Bible. JSOT Supplement 157

Clark attempts a new approach to the study of this important theological term. Applying techniques of structural linguistics, including syntagms, collocations and parallels, he argues for ḥesed as closely related to action rendered by one party to another who is in need. This is done in the context of a deep commitment. God exhibits it to Israel but not to others. However, the word can be used of commitments between Israelites and non-Israelites. God’s ḥesed remains available to Israel even after the nation has rebelled. Unlike divine ḥesed, mat between humans assumes a reciprocity of commitment. When ’em et ‘reliability’ is added, the resulting expression emphasises faithfulness.