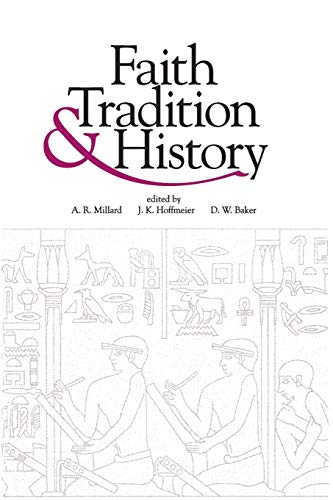 Faith, Tradition, and History. Old Testament Historiography in Its Near Eastern Context

This important collection of studies by seventeen ancient Near Eastern and biblical scholars represents an Evangelical assessment of the historical issues confronting the Old Testament. The papers date from a 1990 conference and they anticipate some of the more recent directions of research. General questions of ideology in Ancient Near Eastern texts (Millard, Baker, Averbeck, McMahon and Niehaus) stand along side the study of specific biblical texts in the light of contemporary omens (Walton), annals and chronicles (Arnold, Wolf and Hoffmeier), and kings lists (Chavalas). Examination of the literary forms and structure of texts from Judges (Younger and Block) and Samuel (Gordon and Long) complement studies surveying the fields of Old Testament historiography and theology (Yamauchi and Martens).