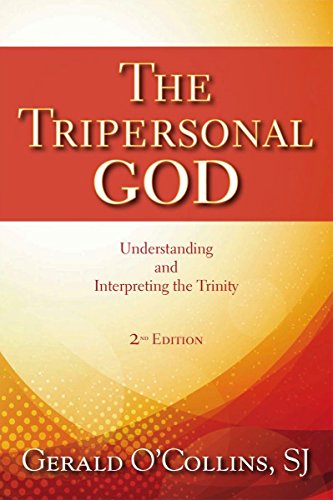 The Tripersonal God, Understanding and Interpreting the Trinity

Written by Gerald O’Collins SJ Reviewed By A. T. B. McGowan
Systematic Theology

Gerald O’Collins SJ is a professor at the Gregorian University in Rome. He is a gifted scholar and teacher who writes extremely well. Many books on the trinity are complex, impenetrable and inaccessible but this one is different.

In the first section of the book (chs 1–4) Professor O’Collins explores the biblical basis of trinitarian theology. Evangelical readers will, of course, be unhappy with his inclusion of the Deuterocanonical books in this survey but his exegesis of the main biblical passages is generally conservative.

The second section of the book (chs 5–8) is given over to the historical development of the orthodox doctrine of the trinity. These are superb chapters and help the reader through difficult and controversial debates (especially the early church debates) with an ease and simplicity that is a delight. In the course of this he does not avoid the hard questions and he does not easily accept stereotypes. A classic example is his dismissal of the oft-quoted view that western theologians like Augustine began with the unity of the divine being and then moved to the persons whereas the eastern theologians (especially the Cappadocians) began with the persons and moved to the divine being, this being traditionally cited as the reason for much confusion.

The final section of the book (chs 9–12) is entitled ‘Contemporary Thinking’. Perhaps the most stimulating area of discussion in this part of the book is his exposition of the doctrine of the Holy Spirit and the way in which the Spirit and the Son relate to one another, ontologically, and to the Father. He does not explicitly deny the filioque clause but certainly prefers to speak of the Spirit proceeding from the Father ‘through’ the Son, perhaps reflecting recent Roman Catholic-Orthodox dialogue. Given his detailed exploration of the inter-Trinitarian relationships, however, this reviewer was surprised to see no mention in the bibliography of a book by another Roman Catholic scholar, Thomas Weinandy entitled The Father’s Spirit of Sonship: Reconceiving the Trinity in which a number of similar issues are discussed.

Given the abandonment by many protestant theologians of even the semblance of biblical theology, it should probably not surprise us that, as evangelicals, we find ourselves side by side with a Roman Catholic scholar in defending the orthodox doctrine of the trinity.