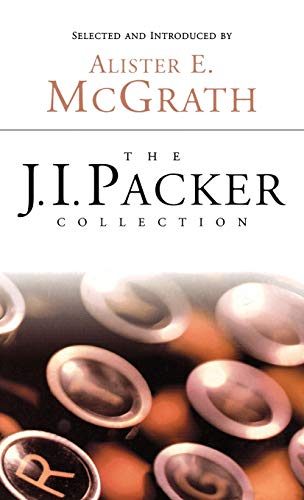 Undoubtedly Packer has proved to be one of the foremost proponents of Conservative Evangelical scholarship in the last half century. Yet he has not written a magnum opus, but has spent his energies in a plethora of smaller works, For many who espouse a position within the Calvinist tradition similar to his own this has been a source of some disappointment which is picked up by McGrath at several points in his selections. However what Packer has done is make scholarship accessible to a whole generation, and the genius of this book is that it takes up this theme in Packer’s work and has sought to make the different strands of his thought available within one volume. The result is a helpful digest for those coming to Packer for the first time and a useful work of handy reference to themes in Packer’s oeuvre. The selections made are not merely snippets from other works. but whole articles in themselves, or lectures which summarise what he deals with in greater length in book form elsewhere (such as his lecture, ‘On Knowing God’, which sets out the thread of his eponymous book in outline.)

The selection can be subdivided into several areas. These include Packer’s doctrinal interests; his apologetic concerns; and his popular and practical works.

Foremost among the doctrinal essays is his treatment of the logic of penal substitution. This is the longest piece. In it Packer develops a model of the atonement which supervenes objective and subjective views, and clears up a lot of the terminological morass that this subject engenders. He explains how previous generations of evangelicals would have understood penal substitution as the ‘Satisfaction view’ (Hodge), or even would have rejected the forensic overtones of the prefix ‘penal’, whilst retaining the essence of the doctrine (Denney). This is a masterly piece which repays careful scrutiny.

He also deals with familiar themes like revelation and inspiration, universalism and the problem of eternal punishment, all of which are ongoing concerns in the literature, and are given the distinctive Packer treatment.

In his apologetic concerns Packer deals with the legacy of C.S. Lewis and in another piece, outlines rather too briefly what the place of apologetics is. But his essay in response to the ‘Honest to God’ debate is excellent, and unusually acerbic.

Finally, on more popular and pastoral pieces, he treats subjects like Christian Spirituality and the importance of revival.

A note on the editor: McGrath has done a masterful job in handling the material, but his own differences with Packer surface in one or two places. For instance, he maintains that Barth’s apokatastasis doctrine was a species of particularism (38), but does not sufficiently distinguish this from the traditional evangelical position of particular redemption. As a result it could look like Packer endorses Barth’s general outlook, which, on the basis of what he says elsewhere in the book (on Universalism itself, p. 85) he clearly would not. Although Barth’s thinking is particularist in the sense that (it seems) God’s grace in Christ will triumph over all, it is (arguably) universal in its scope (none will refuse). This is quite different from saying, as Packer does, that only some are finally saved, no matter how unpalatable that may be.

On a pedantic note, McGrath makes the point that Hick defends a pluralist agenda on salvation, but Hick’s most recent writings show that he no longer holds to a broadly theistic understanding of this as McGrath seems to suggest (bottom of p. 36). Hick’s views on what commonality there does exist between world religions has taken a sharp shift to the orient, not reflected in McGrath’s comments.

That aside, this is a useful and judicious selection of the work of a fine theologian.