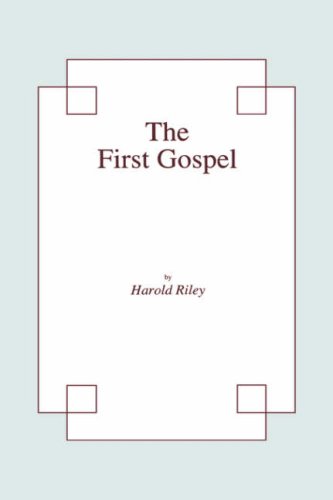 In recent years Harold Riley has become one of the more prolific advocates of what is called the ‘two-Gospel hypothesis’. This hypothesis affirms that Matthew was the first of the synoptic Gospels to be written, that Luke was dependent on Matthew, and Mark on both Matthew and Luke. This study is a continuation of the argument put forward by Riley in The Order of the Synoptics (1987; co-authored by J.B. Orchard) and The Making of Mark (1989).

Two considerations lie behind Riley’s rejection of Matthaean dependence on Mark. These are that Matthew is much nearer than Mark to the conditions of Palestinian life, and that the plan of Matthew’s Gospel owes nothing to Mark. Riley assumes that Luke and Mark are dependent on Matthew; however, his awareness of certain problems inherent in this assumption leads him to postulate that Luke and Mark knew an earlier and much shorter form of Matthew. The main concern of the present study is to identify this Proto-Matthew which was utilized by Luke and Mark and to which additions and alterations were made by one or more editors. The ‘First Gospel’ of the title, therefore, is not so much canonical Matthew as Riley’s reconstruction of Proto-Matthew.

Much of the book is taken up with Riley’s arguments distinguishing Proto-Matthew from later editorial additions. The Matthaean Vorlage he envisions is ‘an account very close to the events recorded, and concerned with the immediate impact of Jesus’ Mission on the people among whom he moved’ (p. 93). Proto-Matthew began at what is now 3:1 and ended at 28:8, i.e. from the time of John the Baptist and Jesus’ first public appearance to the time when the fact of the resurrection is revealed. Thus, it did not contain the infancy narratives nor the account of the post-resurrection appearance at Galilee. Moreover, this original Gospel was basically a narrative. It did include teaching material, but much less than the final form of Matthew. Included among those elements which Riley regards as additions to Proto-Matthew are the references in Matthew to the nations and, in particular, to the mission to the Gentile world. This interest goes beyond ‘the range of concern’ in the original document which deals very closely with ‘the actual conditions of the earthly life of Jesus in Israel’ and is produced for the benefit of ‘people with a Jewish background’ (p. 45). Though the purpose of the author (the apostle Matthew, according to Riley) was a limited one, his accomplishment was of such value that other authors were inspired to build upon this foundation in order to meet other needs.

In support of his thesis Riley is able to note certain incongruities in the final form of Matthew. For example, the disciples’ earlier confession at 14:33 tends to detract from the dramatic moment of Peter’s confession at 16:16. Yet, in most cases, his grounds for judging certain narratives and sayings as additions are unacceptable. Material which he deems secondary is regularly disposed of by means of the subjective adjudication that its present context is ‘less natural’ or ‘less appropriate’. One could be excused for thinking that Riley’s main criterion when distinguishing Proto-Matthew from later additions is that which best supports his thesis; i.e. in the place of sound argument one finds an answer to the question, ‘Assuming that Luke and Mark used an early form of Matthew, what would that early form they used look like?’. Circular reasoning is, of course, a common failing in discussions on the synoptic problem. Riley too must be faulted for continually presupposing the very point which must be proven. One further criticism concerns Riley’s failure to adequately explain why the original Gospel would have contained no reference to the mission to the Gentiles. As it stands, Riley’s Proto-Matthew raises but fails to answer important questions about the aims and intentions of the historical Jesus.

One of the acknowledged strengths of the ‘two-Gospel hypothesis’ has been its ability to dispense with hypothetical documents such as ‘Q’ and ‘Ur-Markus’. One must wonder, then, whether Riley, by postulating a Proto-Matthew, has not weakened rather than strengthened the hypothesis. In any event, studies such as this one demonstrate that the synoptic problem has not been solved.