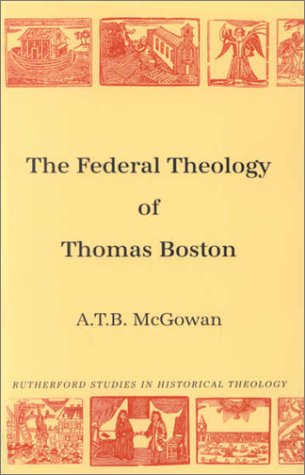 It is sometimes naively assumed that tradition is something which is only of importance for Christians of an Eastern Orthodox or Roman Catholic persuasion. Protestant belief, it is thought, is shaped not by tradition, but by the Bible alone. As the 17th century writer William Chillingworth famously put it: ‘The Bible, and the Bible alone, is the religion of the Protestants’.

The reality is in fact somewhat different. For a start, the Protestant Reformers themselves were heavily indebted to the theologians who had preceded them, as their copious references to the early Fathers clearly demonstrate. Moreover these Reformers themselves, and the Protestant Confessions of faith shaped by their theological insights have come to be treated as theologically authoritative within the various Protestant Churches.

Within the Reformed tradition, and particularly the Scottish Reformed tradition, great importance has been attached to the theology of John Calvin, and the statements of faith produced by the Westminster Assembly, particularly the Westminster Confession of 1646. The traditional assumption has been that Calvin and the Confession teach the same theology, but in recent years this assumption has been questioned by scholars such as R.T. Kendall and J.B. Torrance who have argued that on a number of important issues there is discontinuity between Calvin’s thinking and the teaching of the Confession. Andrew McGowan’s study of the theology of Scottish theologian Thomas Boston forms part of this debate about Calvin’s intellectual legacy.

The debate centres on the question as to whether the teaching of the Westminster Confession about a covenant of grace between God the Father and those predestined by Him to salvation (what is known as ‘Federal Calvinism’) is or is not in line with Calvin’s theology. A number of those inclined to believe that it is not have argued that the theology of Thomas Boston breaks with the Federal tradition and represents a return to an approach nearer to that of Calvin himself. Dr McGowan argues, in my opinion persuasively, that this is not the case. As he puts it:

Those who regard Boston as representing a protest against federal theology, or who believe that there were elements in his theology which if followed through would have led him to abandon federalism altogether are, we believe, mistaken. At no point does Boston articulate any disagreement with the Westminster Confession of faith, nor can anything he wrote be interpreted in such a way.

From what I have said so far it might seem that Dr McGowan’s work will only be of interest to those who are professionally or confessionally concerned with the development of Reformed theology. However its appeal ought to be wider than this. Boston’s writings were concerned with vital issues like the extent of the atonement, the nature of justification, the connection between repentance and faith, and whether it is right to make a universal offer of the gospel, and in his exposition of Boston’s thought McGowan’s provides an illuminating discussion of these issues and engages with the thought of wide range of theologians and writings ranging from Augustine to ARCIC II. His book ought therefore not only to be of interest to students of the Reformed tradition, but to all theological students, ministers, and ordinary lay Christians, who have a reasonable knowledge of systematic theology, and who want to think further about the nature of the gospel and how it may be properly proclaimed.