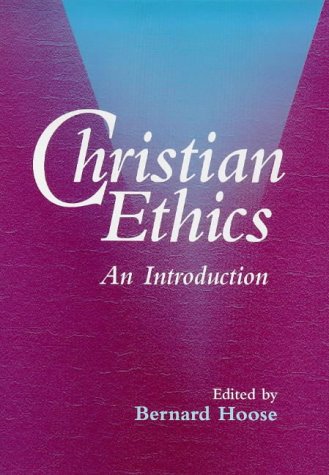 First, a note of caution: the back cover points out that, ‘(t)his book is about the state of moral theology today’. Whilst the editor notes, in his introduction, that stereotypes of Protestant and Roman Catholic approaches to Christian ethics no longer hold as once they did, the field of ‘moral theology’, so designated, is self-consciously the field of Roman Catholic moral discourse, and hence the persuasion of most, though not all, of the authors we find in this collection. The collection itself is divided into two parts; the first dealing with the ‘fundamental themes’ of moral theology, the second gathering contributions to applied ethics, itself sub-divided into sections on social ethics, interpersonal and sexual ethics, and medical ethics.

Readers of this review may well turn first to the opening chapter handling the Bible and Christian ethics. Tom Deidun’s essay will leave many innocent enquirers feeling fairly battered; the ‘scientific naivety’ of ‘Biblical theology’ is exposed in the second paragraph. Nevertheless, there is good reason to persevere, because Deidun does raise important hermeneutical questions which the evangelical student will have to face squarely.

There is variation in length of the essays presented, but, more importantly, in substance. In many ways this is inevitable, but it does mean that the collection as a whole is in danger of falling between two stools, sometimes a little too basic for the initiated wanting a grasp of current debate, or a little complex for the novice. The essays on Natural Law, the Human Person, Virtue ethics and Feminist ethics are all clear and concise, basic introductions to the topics. For other subjects some knowledge of philosophical theology or metaphysics is probably helpful to overcome language barriers, for example, in an otherwise good introduction to the theory of the fundamental option.

By way of highlights in the second section of the book, Karen Lebacqz provides an excellent contribution on the subject of ‘Justice’, with pithy descriptions of the liberal and communitarian positions that dominate current secular thought, moving to the distinctive Christian tradition where ‘justice is primarily determined by God. Justice has to do with fulfilling the demands of relationship. Human justice is intended to reflect divine justice and is not created solely by the human community.’

The debate over ‘Morality and Law’ is a perennially important one and Patrick Hannon’s essay is well grounded in the historical debate on this issue in the UK.

Also enjoyable is the editor’s own essay on the subject of ‘Truth and Lies’, a clear challenge to the incoherent preconceptions we often hold on this issue and the special pleading we then find ourselves engaged in. The essay is balanced with pastoral wisdom, ‘we would do well to remind ourselves of the damage that can be done to a person who lies too easily, as, perhaps, most of us do. Truthfulness is … a habit or virtue that we need to acquire and nourish.’

An essay that really should be included but is not is one on ‘Proportionalism’, which is a big player in contemporary moral theology and yet merits little more than a paragraph in Curran’s essay on Absolute moral norms’.

Finally, the scope of the medical ethics section is to be commended for encompassing a provocative consideration of organ transplantation, a subject, perhaps, many of us take for; granted. This said, the last piece on ‘Hypnosis and general anaesthesia’ is a bizarre inclusion, which seems almost to have slipped in from between the covers of an altogether different book, failing to connect with the high level of theological and moral reflection displayed in preceding chapters.