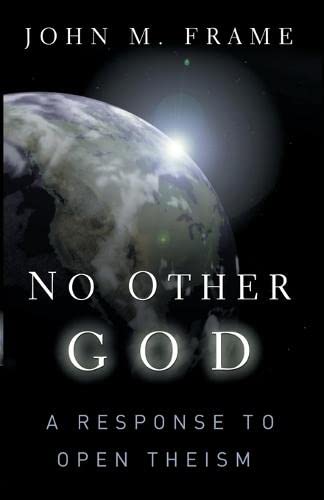 One of the most controversial areas of debate within contemporary evangelicalism is also the most central; the doctrine of God. A number of key figures, particularly Canadian, have advocated a theological revolution under the brand name ‘openness theism’. Openness theists include Clark Pinnock, John Sanders and Gregory Boyd. The key theme in this new movement is the claim that classic evangelicalism has been wedded to a pagan philosophical model of God as timeless and impassable. In contrast they argue for a God who is himself a subject of the unfolding history of the universe. God does not normally determine either the choices people make or natural events like storms and drought. Given this kind of creation God cannot know what the future holds. Even his decisions and plans are provisional. The openness theists describe their model as closer to the Bible that describes God as ‘repenting’ when he realises his mistakes.

There have been many responses to the openness position. Recently, the Evangelical Theology Society in America passed a resolution affirming God’s comprehensive foreknowledge. Among the many written responses this offering by John Frame is outstanding. Frame gives fresh voice to some of the traditional arguments for a timeless God and against libertarian freedom. This latter point is very important to the book. In the last analysis, the proposed revolution in our doctrine of God is closely related to a particular doctrine of human freedom. So in his robust presentation of a Calvinist view of freedom Frame necessarily engages with the full range of Arminian and libertarian proposals. The cumulative weight of Frame’s argument forms a formidable refutation of openness theism and raises serious questions of Arminianism.

A very helpful introductory chapter points out the weakness of the openness rhetoric. Too many openness arguments rely on ambiguous language, straw men opponents and ad hominem arguments. He implores readers not to be ‘swept off your feet by means of ambiguous, but rhetorically attractive language’ (21). One example is the charge that the classic view is based on a pagan Greek idea of God as unmoving. The second chapter deals with this charge and shows that far from being parasitic on Greek philosophy, exhaustive foreknowledge is at odds with much of it. In contrast, openness theism, particularly the libertarian view of freedom, has much in common with classical Greek thought.

Frame is well aware that libertarianism is probably now a mainstream position among both theologians and philosophers (123) but he provides seventeen strong reasons to 3 deny that it is compatible with a high view of Scripture. As just one example, even Boyd concedes that the actions of Judas were not free in a libertarian sense and yet accepts that God is right to hold him responsible for his actions. If a key argument for libertarianism does not work in relation to the particular life of Judas then the validity of the argument itself may be questioned. There are further chapters that take issue with the openness and the problem of evil, God’s supposed ‘repenting’ and the vulnerability of God.

Frame’s work is not simply a negative critique but provides some creative reflection. He accepts that there are some difficulties in understanding how a timeless God can relate to a temporal creation. However, given the problems with the libertarian alternative, a timeless God who has exhaustive foreknowledge remains the stronger option. Frame freely admits that the openness proposals have challenged his own thinking and helped him reformulate his own ideas. In particular, he proposes a more ‘give and take’ picture of how the sovereign God chooses to include real responsiveness; ‘[God] also enters time and interacts personally with his creatures. His eternal plan includes and determines this personal interaction’ (211). There is an essential compatibility between God’s foreordination of history and his responsiveness to the events of history. Of course, proponents of openness will reply that this relationship is illusory. They define relationship in such a way as to require ignorance of the future and therefore exclude possibility of a God of comprehensive foreknowledge.

There is a tantalisingly brief final chapter that suggests others ways in which openness may lead us astray—our understanding of inspiration, sin, redemption, assurance, hell and, perhaps a little less convincingly, guidance. The claim is not that the leading openness theists are necessarily unorthodox with regard to these doctrines but that their position can easily lead to a radical reformulation of them. Frame hints at how the present revolution in the doctrine of God may only be the tip of an iceberg. As a detailed rebuttal of the openness case from an avowedly Calvinist position Frame’s book is highly recommended.