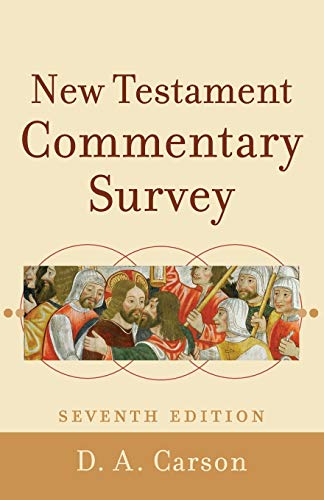 Written by D.A. Carson Reviewed By Alistair I. Wilson

Numerous students, ministers—and, I suspect, theological teachers—will have used previous editions of this invaluable little book (Carson explains its history in the Preface). It is not, I suppose, your typical ‘good read’; Carson makes brief, often quite pointed, comments on a vast range of commentaries as well as NT Introductions, NT Theologies, etc. Yet as a reference tool, Carson’s book is a gold mine of informed judgement. It is a great strength of the book that Carson does not place value on a book because it confirms his theological position but because it helps the careful and critical reader better to understand the biblical text. Yet Carson is prepared to indicate clearly where an author’s presuppositions or methods influence his or her approach to the text in a negative way. In fact, to read through this book is to get a concise introduction to trends and key players in contemporary NT studies.

Carson is well aware that it is the fate of a book such as this to be dated the moment it appears. This reality is well illustrated by the recent appearance of three important evangelical commentaries on Mark written by J.R. Edwards, R.T. France and B. Witherington, which do not appear in Carson’s survey (although France’s work is mentioned as forthcoming at the time of writing). Likewise, in discussing the Pastoral Epistles, Carson has nothing to say on the recent major commentaries by W.D. Mounce and L.T. Johnson. For this reason, the reader who possesses Carson’s book should still trawl through the book review sections of theological journals (not least, may I suggest, that of Themelios). Yet the impossibility of being exhaustive does not diminish the value of this book in the least.

It is unnecessary for me to say very much more in this book’s favour. Those who have used previous versions will, no doubt, have already snapped up their eagerly awaited new edition long before this review appears (although they will also have found that they recognise substantial portions of it since the previous edition has been supplemented, not rewritten). To those who have not previously used this book, I say: If you have any intention of building up a personal library on the New Testament that is full of tools which are effective in aiding you to understand the meaning of the biblical text, read Carson before you spend your money. You may not always agree with his comments but you will be helped to make more informed choices.