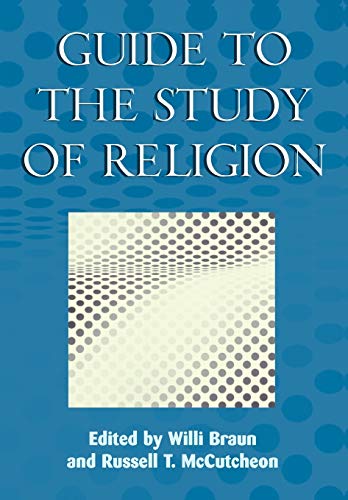 Guide to the Study of Religion

In the last few years Cassell have published several worthwhile volumes on the study of religion. Guide to the Study of Religion is no exception. This large collection of essays on the conceptual and theoretical problems faced by scholars of religion includes valuable contributions by some of the most important and well-known contemporary theorists. Although the volume is, as one might expect in a work of this size, a rather mixed bag of essays of varying quality and level, overall the quality is high and the essays stimulating and important.

Whilst there is much useful material here for students writing essays, some undergraduates will find the work hard going: it is not a ‘dummy’s guide’ to the study of religion, many of the essays require some knowledge of the issues discussed. A better volume for the undergraduate seeking an initial introduction to the study of religion would be the far more user-friendly text edited by Peter Connelly, Approaches to the Study of Religion (also published by Cassell). However, for postgraduates and for busy academics bogged down with administration and struggling to keep up with contemporary issues and debates (are there any who are not?), this volume is an extremely helpful and wide-ranging collection.

After an introductory chapter by Willi Braun, thirty subsequent essays explore a whole range of subjects including (just to give you an indication of the comprehensiveness of the work) classification (Smith), interpretation (Penner), secularisation (Stark), gender (Warne), colonialism (Chidester), structuralist theory (Jensen), discourse (Murphy), Romanticism and the study of religion (McCalla), social formation (Mack), theories of ritual (Grimes), paradigms of ‘the sacred’ (Anttonen), concepts of culture (Lincoln), modernism (Wiebe), postmodernism (Wolfart), and myth (McCutcheon). The essays are grouped into three parts. The first part, entitled ‘Description’, addresses a variety of theoretical and methodological issues concerned with the definition and description of religion. The second part, entitled ‘Explanation’, provides evaluative discussions of theories and concepts used to explain religious belief and practice. In this, the most important and comprehensive part of the volume, there are critical discussions of theoretical systems such as structuralism, and analytical categories such as ritual, myth, gender, and the sacred. The third set of essays, grouped under the heading ‘Location’, discusses a variety of issues surrounding the development of the academic study of religion in the West: e.g. colonialism, relativism, modernism, and postmodernism.

Most of the essays provide helpful overviews of important issues, debates, and themes in the study of religion, past and present, and some are also small, but important contributions in themselves. Of particular note are the following essays: ‘Interpretation’ by Hans Penner, ‘Rationality’ by Rodney Stark, ‘Manifestation’ by Thomas Ryba, ‘Romanticism’ by Arthur McCalla, ‘Myth’ by Russell McCutcheon, and, at the end of the volume, a thought provoking, if idiosyncratic little epilogue entitled ‘Play’ by Sam Gill.

Perhaps the principal advantages of this volume are (a) the breadth of material dealt with, (b) the contribution several of its essays make to current thinking, and (c) its demonstration of the value of a multi-disciplinary approach to the study of religion. Instead of dealing with approaches individually (anthropological, sociological, psychological etc.), as, for example, Connelly’s volume does, each essay selects a concept or a theory and explores the way light is shed on it from several disciplinary perspectives. Having said that, a weakness of the volume (certainly from the perspective of Themelios readers) is that there is no significant discussion of current theological approaches to the study of religion. (Again, this is not the case in the volume edited by Connelly that contains a good chapter by Frank Whaling.) Indeed, strictly speaking this is a guide to the social scientific study of religion, its focus being social scientific ideas and theses. That said, it is a wonderful volume that I am glad to have on my shelf. It is certainly a volume that serious students of religion would be wise to invest in.