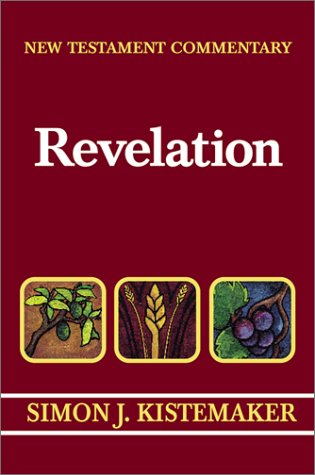 EXPOSITION OF THE BOOK OF REVELATION

The popularisation of dispensational and premillennial theology through the Left Behind series is only one reason why sound expository material on the book of Revelation is vital for today’s church. This latest commentary by Simon Kistemaker is a welcome addition to Revelation studies, and will go a long way to assist with careful and considered exposition of the closing book of the canon. It complements both earlier works from the same author, and other helpful studies on Revelation, such as the magisterial commentary by Greg Beale.

Kistemaker’s introduction deals with various aspects of interpretation, such as patterning, language, use of Scripture, authorship, context, modes of interpretation, unity and theology. This is done well, although it seems strange to plunge straight into a discussion of number patternings in Revelation (4), especially when other aspects of interpretation, such as the millennial issue, are given such short treatment. Indeed, in the introduction Kistemaker discusses only the pre-millennial and a-millennial views, opting for the latter against an idealist approach to Revelation as a whole (42). Although Beale nuances his approach with more exactness, both commentaries take a similar view of Revelation, and together they provide a great deal of interpretative insight, based on a redemptive-historical and a-millennial scheme.

Kistemaker also takes the view that the book as a whole is epistolary—although letters to seven churches are mentioned, he is of the opinion that the letters of chapters 2 and 3 make no sense outwith the context of the book as a whole. However, Kistemaker interprets the door-knocking passage of 3:20 in an overly individualistic way, when the emphasis appears to be on the Lord’s dealings with the corporate church.

The commentary gives a balanced and fair treatment of Revelation, paying close attention throughout to the OT background to the symbolic language of the book. There are one or two infelicitous phrases, such as the statement (on 1:1) that ‘Jesus Christ is subordinate to God’, a statement which surely requires further nuancing. Other phrases, such as Kistemaker’s explanation of the title ‘the Root and Descendant of David’ (22:16), receive scant attention. Yet surely a phrase such as this, crowning both the Apocalypse and the canon of Scripture, is an important marker of God’s covenant salvation, which has now reached its climax in the final ingathering of God’s people to the New Jerusalem.

Central to Kistemaker’s exposition is his exegetical method: he sees the book of Revelation as cyclical in nature. There is, he suggests, ‘progressive parallelism in each successive cycle’, all of which reveal ‘new perspectives on God’s unfolding message to the church’ (65). This is surely correct. A linear or literal reading of Revelation makes little sense, in spite of the bold attempt of the Left Behind storyline. To work through the book of Revelation is not to stand on a mechanical walkway, which carries us along the horizontal; it is rather to climb a spiral staircase, so that we are constantly covering the same themes, yet moving higher to new insights.

After all the book of Revelation was intended to give encouragement to a persecuted church and to encourage the church to keep the big picture in mind. Its message is that Christ is in control. There is a future for the church and a hope for the Gospel. ‘The message of Revelation is a message of hope, for Christ who has overcome the world will vindicate his saints’ (54).

The commentary follows the pattern of earlier NT commentaries in the Hendriksen/Kistemaker series, with comments on the text being followed by a note of Greek words and phrases. The clarity of the type, as well as the careful exposition, make this book a joy to handle; the absence of a subject index is however regrettable. But with this commentary, Revelation studies are well served. The Left Behind series may not have the last word in eschatology after all!