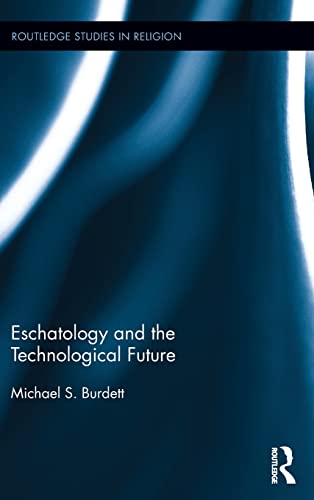 Eschatology and the Technological Future

While the last century saw a great deal of technological advancement, the pace of advancement seems to have accelerated in recent years. As but one example, in the less than ten years since the iPhone was first released (June 29, 2007), smart phones have, in many parts of the developed world, become very nearly ubiquitous. In addition, the New York Times recently reported, “80 percent of the people in the developing world currently have mobile phones” (Nathaniel Popper, “Cellphones, Not Banks, May Be Key to Finance in the Developing World,” 21 September 2016, https://tinyurl.com/h37j4jz). While the diffusion of smart phones and the increasing amount of time many spend on social networks such as Facebook and Twitter are a source of concern for some (see, for example, Sherry Turkle, Alone Together: Why We Expect More from Technology and Less from Each Other [New York: Basic, 2011]), others enthusiastically embrace technological advancement and not only long for but are actively working toward a future where technology so transforms human life that it can rightly be called post human.

Michael Burdett, who has a background working in the aerospace and robotics industries and is currently a Postdoctoral Fellow at Oxford teaching philosophy and theology, examines how we, as Christians, might think about and respond to this transhumanist movement. Due to the future orientation of transhumanism, Burdett turns to eschatology in order to frame a Christian theological perspective and response. Early on in this work he highlights a key distinction that Jürgen Moltmann and Ted Peters make between viewing the future as either futurum or adventus (p. 3). Futurum views the future as entirely and solely driven by what precedes it, while adventus, in contrast, looks to the future with an openness to the arrival of things not solely or entirely the product of what has come before. While one can draw a continuum between futurum and adventus, the case Burdett makes is that the technological futurism of the transhumanist movement is in fact solidly futurum (although that is not a term they use).

Burdett introduces the thinking and beliefs of the transhumanist movement by examining three key transhumanist figures: technologist Ray Kurzweil, cosmologist Martin Rees, and philosopher Nick Bostrom. While they represent a range of transhumanist perspectives, Burdett finds that ultimately all three are in agreement on at least three points: the overriding importance of the question of the future, the malleability of humanity through both biological and technological evolution, and the view that the future is entirely a product of the past. Importantly, transhumanism and religion overlap thematically on salvation (overcoming death through technology), transcendence (surpassing human limitations), transformation/glorification (transitioning into someone or something entirely post human), and hope (the power of technology to solve current and future problems).

Burdett turns next to theological views. First, he finds Pierre Teilhard de Chardin to be optimistic about technology and to balance futurum and adventus in his eschatology. On Teilhard’s view, the work of humanity builds toward the future (futurum) and Christ pulls the cosmos toward the future (adventus). Jacques Ellul, the second theologian he examines, is pessimistic about technology, holding that we are subject to a technological determinism that can only be undone by the inbreaking of God himself, which is entirely adventus. The third figure to whom he turns is Martin Heidegger, who, over the course of his career, left his Christian faith (although his beliefs at the very end of his life remain unclear). Nonetheless, Heidegger’s work emphasizes the importance of possibility that is not solely a product of nor limited by the actual present, which stands in stark contrast to the transhuman view that the future is entirely and solely a result of what precedes it.

In the final two chapters Burdett presents his own, constructive proposal, which draws upon each of the thinkers mentioned above while also pulling in additional sources in order to correct for weaknesses. He highlights two key themes: possibility and promise, both of which, importantly, rest upon the power of the Triune God, in whom possibility is opened up and promises are fulfilled, although often those promises are fulfilled in unexpected ways which continue to point toward new possibilities in the future. In addition, Burdett’s view affirms the importance and value of humanity’s finitude as created beings, which are key aspects of our relationship to God, and, again, contrast starkly with the transhuman view that technology will allow humanity to overcome all finitude. In the end what Burdett is presenting is a distinctively Christian view of the future that relies on the powerful, personal, and relational Triune God by taking what Burdett sees as the best elements from a variety of thinkers.

I have not done justice to the detail and nuance of Burdett’s work. The book is well written, although not always what all readers would term an easy read—he does, after all, delve deeply into Heidegger, whose thought is particularly complex. Some readers will be surprised if not disappointed that he draws upon Eberhard Jüngel in order to emphasize the theme of possibility, for Jüngel presents a very weak view of God. However, Burdett not only acknowledges that Jüngel’s view weakens God, but criticizes him for it and seeks to correct that in presenting his own view.

There has been a good bit of Christian writing about and interaction with transhumanist thought over the past 10 to 12 years, but much of that work has been article or chapter length rather than book-length monographs (Brent Waters is author of two notable exceptions: From Human to Posthuman: Christian Theology and Technology in a Postmodern World [Burlington, VT: Ashgate, 2006] and Christian Moral Theology in the Emerging Technoculture: From Posthuman Back to Human [Burlington, VT: Ashgate, 2016]). Burdett’s book, then, is a welcomed addition to the discussion. He is certainly to be applauded for seeking to develop a perspective on and response to transhumanism that is distinctly Christian and attentive to a robustly Trinitarian view of eschatology. Not all readers will agree with the sources from which he pulls, nor with his ultimate conclusions. Nonetheless, Burdett’s Eschatology and the Technological Future is a valuable read for anyone interested in better understanding the transhumanist movement, ways in which we might think about the place and role of technology in our lives, and even those whose primary interest lies in the study of eschatology rather than technology or transhumanism.