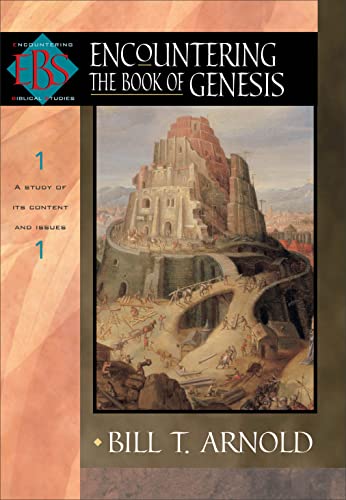 This is a fascinating illustrated introduction to the book of Genesis that could be used as a text for a high school or adult class or could even form an introductory text for a college or seminary level class. The author takes the reader on a tour through the book, pausing to highlight and discuss some of the many key issues that emerge and have made Genesis the centre of study for so many Bible students.

The book provides many helpful insights, both in the sidebars and in the main text itself. For example, there is a useful outline of the possible interpretations of the divine ‘we’ passages in Genesis 1:26. The discussion of the roles of the woman and the man in Genesis 3 are outlined well. Creation stories from Egypt and Mesopotamia are presented and contrasted with those of Israel. A much-needed theological perspective adds a unity and rationale to Genesis 1–11. More than a collection of stories, this is a statement on God, humanity, sin, promise, and salvation. The material on Genesis 12–50 allows Arnold to develop the major themes of narrative theology alongside the major characters in the family of Abraham. It is in these sections that the beginning student will find the greatest assistance.

Three chapters at the end discuss the origins of the book, its treatment in biblical scholarship, and its themes and directions in relation to the succeeding books of the OT as well as the NT. Arnold places the book’s composition sometime between the United Monarchy and the fifth century bc. indicating that some elements are best understood as products of the former. However, he observes a greater antiquity to the work itself, arguing for a Mosaic period origin.

Perhaps because of its intended brevity and simplicity of presentation, a volume like this is unable to cover all of the major issues. Thus the theory of Genesis 1:3 being a second creation of the earth (the gap theory) is dismissed because it ‘does literary and linguistic injustice to the text of Genesis 1:1–3’. While this is true, it is insufficient for anyone discussing the issue with a gap theorist or even probing the question. Is the climax of Genesis 1 the creation events of day six, or is it the Sabbath of day seven? The former is assumed and the latter is omitted (until the book’s final chapter). Does creation in the image of God have any implications for ecology and culture? Does ‘Eden’ mean ‘pleasure’ or ‘abundance, (well-watered) garden’? Is the focus of 3:16 on the pain in childbirth or on a judgement in which women will need to work as hard as men? Did the entire ancient Near East ‘devalue’ history or did they simply understand it differently? Was there no eschatology outside the Bible; not even in first millennium Assyria, Babylonia, and Persia? Certainly, some Assyriologists would argue that there was. Also, what does it mean for the pre-Flood race to be ‘genetically pure’?

Surprisingly, very little is said about the actual ancient Near Eastern evidence for items other than similar creation and flood accounts and the covenant ritual of Genesis 15. This is unfortunate when examining the issues of date and authorship. These are decided on largely confessional assumptions bolstered by early grammatical forms and the likelihood of the patriarchal religion reflecting an early date. However, the evidence of ancient Near Eastern parallels goes much farther than these. It would have been helpful to include references to evidence from the personal names and from Hurrian customs (more widely disseminated than previously thought but still possessing a unique concentration in the Middle Bronze Age) as well as the cultural data of Egypt at the time of Joseph.

However, this may all be a matter of preference as to what can and should be included in a text of some 200 pages. Clearly, Arnold has made an attractive selection of so many of the key items and themes that this book deserves a wide reading. May its well-written and readable prose trigger a renewed interest in a balanced and eager study of this most important of OT books.