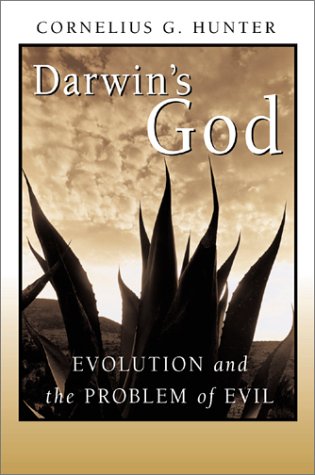 Perhaps one of the most polarised debates among evangelicals has been the dispute over creationism versus some form of theistic evolution. Outside of Christian circles evolution has become so much a part of the mainstream that it is possible to take the theory for granted. However, in recent years a number of thoughtful Christians have been developing a more sophisticated critique of evolution. Among them are the lawyer Phillip E. Johnson and the biochemist Michael J. Behe. Cornelius G. Hunter joins them with work in a similar vein. This book is grounded in science and philosophy, marked by clarity of style and offers insightful and provocative ideas.

Hunter assesses important evidence for evolution such as accounts of homologies and vestigial organs. He questions the way that this kind of evidence is identified and used. Often evolutionists fail to recognise their own presuppositions and metaphysical commitments, for example, the possibility of identifying an organ as vestigial depends upon a prior commitment to the evolutionary schema. It is true that having accepted the evolutionary framework, the concept of a vestigial organ has great explanatory power. However, many evolutionists think that organs identified as vestigial can be used as evidence to persuade critics that evolution has occurred. This supposition is invalid. Critics need not accept such evidences because they do not need to accept the concept of a vestigial organ. Hunter identifies a number of such circular arguments used by evolutionists. In addition, he charges the theory with yielding poor predictive results and failing to deal with the problem of irreducible complexity.

It is the discussion of the scientific evidence leads to the central, theological argument of the book. Hunter offers a philosophical interpretation of Darwin’s theory of evolution as a theodicy. His concluding statement is that, ‘Ultimately, evolution is about God’ (175). He claims that Darwinian evolution is an attempt to explain the existence of evil within a divine creation. This claim may surprise evolutionists and creationists alike but Hunter provides compelling evidence for his interpretation. The historical context for the rise of evolutionary thought was not simply the development of the scientific method and new geological and biological discoveries. What was also key to the rise of evolution was the Victorian idea of God as a placid, benign creator. Darwin found it impossible to reconcile the existence of such a god with the waste and suffering of the natural order. Evolution through natural selection effectively takes the responsibility for this suffering away from God. Whatever the ultimate, divine being might be (and Darwin was no atheist), he was not involved in the unfolding evolutionary development of the species. Hence, God is excused responsibility for the inefficiency and agony so prevalent in nature. Of course, Hunter points out, the kind of god Darwin sought to excuse was not the God of the Bible.

A theodicy always has a price tag and the cost of this theodicy is the very existence of evil. ‘Although Darwin’s gritty world cried out for justice, his evolution would grant none, for it would call back that there was no injustice in the first place’ (154). The waste and suffering in the natural order are not evil, but the natural by-product of the process of evolution through natural selection. Evolution can explain evil only by explaining it away. The disturbing implication of evolutionary thought is the redundancy of moral categories. One sees this weakness today in the work of such popular materialists as Richard Dawkins. While many contemporary evolutionists may feel they can shrug off the problem Hunter shows, that for Charles Darwin the loss of a basis for moral categories was an important problem.

The debate among evangelicals over creation and evolution has clearly generated a lot of literature, but not necessarily a great deal of wisdom. This book is an exception. It is a very readable and helpful contribution to the debate. There is some interaction with the theistic evolutionist position of many evangelicals but the main focus of the book is on the use of evolution by those who believe nature to be blind.