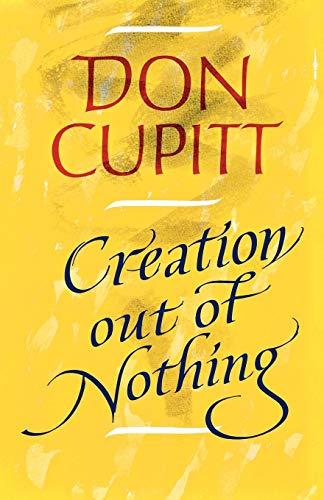 Creation Out of Nothing

In his latest book, Cupitt leads us into the vaporous and ever-shifting world of ‘deconstructionism’, that brand of ‘postmodernism’ usually associated with the writings of Jacques Derrida, Jean-François Lyotard and others. Cupitt’s unremitting assault on realism over the last decade or so has led him to join hands with those who hold that language is the sole domicile of meaning. It is not simply that language plays a creative role in shaping what it is to be human—an insight of immense importance—but rather that language creates reality. There is no ‘beyond’ language (p. 152). Language is ‘outsideless’. Our own thinking is merely the language in which it is conducted. As we would expect, even God is sucked into the stream of language. ‘Like us,’ Culpitt boldly asserts in the preface, ‘God is made only of words’ (p. x). The traditional concept of God, we are told, died around 1730 and was replaced by Man, who himself died around 1968. Today, we must tackle the resulting nihilism as religiously as we can. The ‘conquest’ of nihilism is possible through language. Cupitt believes that the creation of the world is happening all the time through language, in and through us. Language surges up within us and pours out of us to form and reform the world of experience. The religious life thus becomes a continuing, flowing process in which we float along with language, reimagining and recreating ourselves and our world all the time. This is how the ancient doctrine of the ‘creation of all things out of nothing by God’s Word’ must be recast today.

Regular readers of Cupitt’s apparently ceaseless output will find here all his familiar trademarks: a superb writing style, a moving honesty about his own experience, extreme subtelty combined with crass banality, a keenness to sweep away what he sees as theological cobwebs, wild generalisations and drastic oversimplifications which severely distort the history of thought, and a multitude of suggestive connections and fertile insights. Perhaps most striking in this book is his tendency to avoid any detailed debate with particular writers who might take a different approach. Opposing views are expressed so generally and crudely that one wonders how anyone could possibly hold them. No specific mention is made of a galaxy of scholars who have dealt with the issues he tackles with much greater precision and have reached markedly different and considerably more positive conclusions: e.g. Gadamer, Habermas, Maclntyre, Soskice, Devitt, Bowker, Quinton.

Like much from the post-structuralist stable, the book is riven with contradictions which in the last resort bring Cupitt close to complete incoherence. (For Cupitt, of course, this would not necessarily be a criticism.) Let me briefly highlight four of these contradictions.

First, he repeatedly attacks the notion that thinkers—philosophers, theologians, theorists—should be allowed to lead the way in our culture. Yet his own view—which he appears to want us to embrace—has been advanced only by a tiny group of intellectuals, who have been bred within a highly elite and academic Western European philosophical tradition. The position he espouses is so counter-intuitive that it would be hard to see how anyone other than a tiny coterie of intellectuals (and Western post-Enlightenment intellectuals at that) would attempt to live by it. For Cupitt to describe his point of view as ‘obvious’—even (in one place) ‘blindingly obvious’—is simply absurd. There may indeed be forces present in our culture, which, if taken to their very limits lead in the direction which Cupitt expounds, but it is hard to see how ordinary people could possibly conduct their lives as if language was the all-embracing reality.

Second, he seems keen to distance himself from individualism—the social is prior to the individual, he insists—yet at the same time he renders the status of other people highly problematic. If there is no ‘beyond’ the language we use, why even postulate the existence of other language users? (What seems to have happened is that the individual has been so destabilised (‘decentred’, to use the postmodernist jargon) that an attempt is being made to look for some kind of centre of meaning elsewhere, in social reality. Logically, however, Cupitt’s basic assumptions spell the collapse of any such attempt.

Third, Cupitt, for whom human freedom has always been crucial, would like to believe that we can ‘bend’ language a little (p. 201): ‘we seek to put a little spin on it, so as to reshape the world a little and make it express the meanings and values we’d like to see in it’ (p. 153). But who or what is this ‘we’ that can shape language? The very notion of ‘bending language’ presupposes some kind of agency which performs the ‘bending’. How can this be allowed, since Cupitt has already flattened out ‘person’, ‘soul’, ‘mind’, etc. into linguistic categories? ‘We’ are, after all, ‘nothing but words’.

Fourth, a deeper inconsistency underlies nearly every page in this book, one which is not uncommon among others who have an ingrained distaste for the notion of absolute truth. Cupitt has written this volume presumably because he wishes us to share his point of view. It is not just that 203 pages of prose seems excessive if he only wants to entertain us. The tone is invariably insistent, passionate, urging, persuading. On the second page he tells us that ‘A new mutation of Christianity is urgently awaited.… We must try to produce it.’ (My italics.) But, we might ask: why, on his own assumptions, should he be in the least concerned to convince us of anything at all if, as he puts it, ‘there is no how it is’ (p. 172), no Truth-with-a-capital-T? Why not leave us as we are, with our language? His use of words like ‘better’, ‘more beautiful’, ‘liberating’ to describe his own version of religion; his claim that the ‘old realistically-defined problem of evil’ is ‘intellectual and moral self-deception’ followed by the extraordinary claim that ‘people know that now’ (p. 69); his vehement opposition to realism in any form—all this only heightens the contradiction. For how can any of these phrases make any sense except against the background of a conviction about how things actually are (or are not)? Even the claim that we can never know anything as it is in itself is a claim about reality as it is in itself, namely that it is unknowable. Cupitt is not unaware of this problem—it seems to cost him some anguish (pp. 89ff.)—but his anxiety should have led him to abandon his spurious claim to be ‘pluralist’ (pp. 114f.) and ‘metaphysically agnostic’ (p. 156) when it is so glaringly clear that he is nothing of the sort.

It would of course be perverse in the extreme to pretend that Cupitt’s proposals are consonant with mainstream Christianity. However, for those who can stomach it, much can be learned from working through a book like this. For Cupitt thrusts before us a vision of that extreme fragmentation which is the end result of trying to locate the unity of creation in human thought and agency. Cupitt represents the underlying assumptions of post-Enlightenment Western culture pushed to their extreme, and we would be foolish not to face up to the profound challenges which his nightmarish vision poses, not least to theologians.