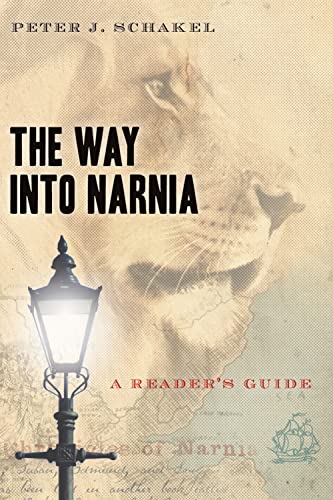 THE WAY INTO NARNIA: A READER’S GUIDE

Rowan Williams has said that ‘more theological students ought to read The Chronicles of Narnia for a sense of what classical orthodox theology feels like from the inside’. That is well said, but how is it that these seven stories communicate such a theological feeling? Is it by allegory, a deliberately co-ordinated set of Narnia-to-Bible correspondences? Or is it by a subtler imaginative technique of developing an atmosphere, conjuring up a quality or a mood?

Lewis certainly has an interest in allegory, but his stronger interest was in the genre of romance. A good romance in Lewis’s eyes should convey a tone or colour, it should leave a peculiar flavour on imagination’s palate. He wrote about this in many places, but it has generally not received from scholars the attention it merits. Peter Schakel has the knowledge, patience and sensitivity to take Lewis’s interest in atmosphere seriously. He approaches the Chronicles with literary attentiveness and a result has produced an unusually worthwhile study of these seven classic books. For it is only by treating them as more than mere allegories that their theological message can begin to be properly grasped.

In addition to chapters on each of the seven books, Schakel provides a very competent account of Lewis’s life as a writer and a useful summary of his approaches to the different genres of fairy tale, fantasy and myth. He includes an appendix of annotations to the seven stories, explaining mythological references and points of uncommon vocabulary.