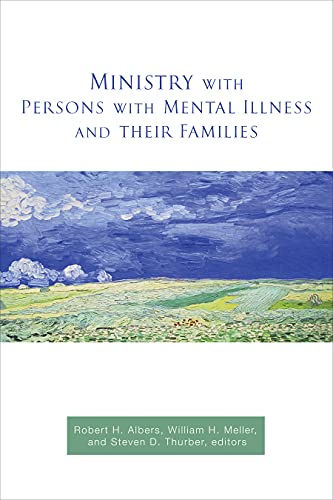 Ministry with Persons with Mental Illness and Their Families

The book treats some of the most challenging and more common mental illnesses. These include depression, anxiety disorders, psychotic disorders, personality disorders, substance-use disorders, eating disorders, autism, acquired brain injury, and dementia. Many of these disorders occur in clusters; for example, alcoholism, depression, and post-traumatic distress disorder (pp. 8–9). To one unfamiliar with these illnesses, many look the same on the surface, so the authors explain the distinctive differences between various mental illnesses. The authors also correct common misperceptions, such as the notion that depression is “the common cold of mental illnesses” (p. 8). A conclusion addresses the essential but sometimes bewildering role of psychopharmacology.

In addition to being specialists, the contributors have first-hand experience of living with or loving a person with the disorder they address. Some are medical specialists in mental illnesses; others aim toward practical and pastoral care. All write to caregivers working within faith communities. The theological perspective is broadly evangelical. But the authors demonstrate great care and sensitivity, and the book will be appreciated by all kinds of people. Readers should bear this in mind, for the book is not a theology of mental illness, although it has much to offer for pastoral care and understanding.

It will come as no surprise that many homeless people have a form or forms of mental illness. Some were once married with children, but due to their mental illness, there came a day when they no longer fit into homes with their families. Many gave up on a normal life with a job that supported them and their loved ones. They looked to churches for some type of help, but sadly, they may have been turned away or ignored by the only institution left to offer them direction. The result is that they eventually ended up on the street (p. 2).

What can pastors and churches do? First and fundamentally, “Caregivers are not trained as diagnosticians and so should refrain from acting in a diagnostic capacity” (p. 20). In fact, pastors may want to avoid therapeutic discussions entirely, for although viewing mental illness from a medical perspective may serve clinicians well, it may be an inappropriate basis for theological reflection or pastoral care (p. 44). Similarly, although pastors may believe that medical prescriptions are often unnecessary, they will want to exercise caution in raising doubts about medications and other forms of treatment.

Even though pastors and other church friends may not have adequate training to deal with mental illness, there is plenty that pastors and friends can do. Indeed, “Care giving at its fundamental level is being acutely aware and attentive” (p. 27). Usually, “people are not so much looking for answers as they are looking for understanding” (p. 28). For example, “The first and perhaps the most important task in ministry with people who have Alzheimer’s disease is to maintain a relationship and a regular schedule of contact” (p. 215). Simply being warmly present with the person or the family makes a difference. What is more, people with mental illness and those they love are impacted by disgrace shame (p. 20)—that is, blaming a person or making them feel ashamed for suffering from mental illness. A church can lift part of the burden caused by disgrace shame by accepting people with mental illnesses and their families and showing them family-like love. Crucially,

The phenomenon of denial on the part of those afflicted and those affected is directly related to nonacceptance on the part of society and religious communities who more often than not ascribe either psychological weakness or moral culpability as the cause of the illness. The hurdle of first dealing with the disgrace shame is monumental in the person afflicted as well as others who are adversely affected. (p. 21)

If reading this book gives the reader a measure of confidence and courage in helping people with mental illnesses and their families, it is worth the price of the book. Family members, close friends, and pastors may not be able to cure their loved one of mental illness; but they can care and they can support. Ministry at its most basic level is to listen well. People are helped by being heard; this is itself a powerful form of love.

Although the contributors write primarily for pastors, counselors, and other such Christian workers, the book should prove helpful to all Christian readers who want to understand mental illness so that they can help those who suffer.