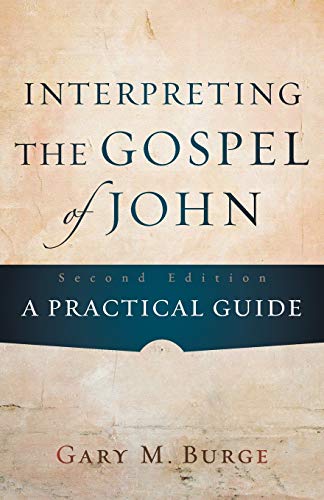 An earlier short note announced the inauguration of this series under Scot McKnight’s editorship. A collection of essays entitled Introducing New Testament Interpretation, followed by McKnight’s own volume, Interpreting the Synoptic Gospels, raised hopes of a very fine-quality series. This reviewer has used both of these volumes in seminary-level classes with great benefit, and they have been well received. When Thomas Schreiner’s Interpreting the Pauline Epistles appeared, my enthusiasm waned slightly. I began to wonder about duplication of effort when discussions of exegesis and textual criticism seemed to have little distinctively Pauline flavour, but were required by the format in which each volume must be able to stand alone. Yet Schreiner’s solid introductions to various aspects of Pauline theology ameliorated some of my concerns. Now those ambiguities have emerged more strongly with the arrival of the two latest volumes in this series.

Both authors are proven Johannine scholars and well chosen for their respective volumes. The reservations I have rest primarily with the constraints placed upon them by the format of the series and not with their competence either as scholars or as popularizers of that scholarship. Burge begins with distinctively Johannine concerns: backgrounds (including history of interpretation and authorship) and literary characteristics. But over half his volume deals with exegetical matters not unique to the fourth gospel, though he works hard at inserting uniquely Johannine nuances. Here he surveys a strategy for exegesis, including text, literary context, building a bibliography (perhaps the most helpful section of this major part of the book), the cultural context and word studies. Finally, a short fourth part concludes with ‘Preaching and Exegesis from the Fourth Gospel’. Given that a few courses of NT exegesis begin with or focus primarily on John, over half of this book will be review, though with interesting twists.

Michaels’ volume raises for me some of the same concerns, but given Revelation’s unique genre, there is more justification for treating it in a separate volume in a series of this nature. The eight chapters contain only two somewhat redundant titles: ‘Text Criticism’ and ‘Grammar and Style’. The others helpfully survey genre and authorship, historical and social setting, problems of structure, narrative criticism, tradition history, and theological interpretation. But what remains frustrating about this little book is how often Michaels fails to come to clear interpretive conclusions. Surveys of options usually end with appropriate pleas to avoid the excessively dogmatic perspectives of the past, particularly among dispensationalists, but without articulating a clear and readily communicable alternative approach. Donald Guthrie’s Interpreting John’s Apocalypseremains preferable, in my opinion, in that it accomplishes both of these objectives concisely.

There are also a surprising number of typos in these volumes. Most curious is the statement in both books that Schreiner’s volume is still forthcoming. Stranger still is that the title of Burge’s volume is given on front and back covers and spine as Interpreting the Gospel of John but everywhere inside as Interpreting the Fourth Gospel. Those who have followed this series from its inception will probably want to acquire these books so as to maintain a complete set, but whereas I have used the previous three in class, I cannot currently imagine a context in which I would do the same for these two.