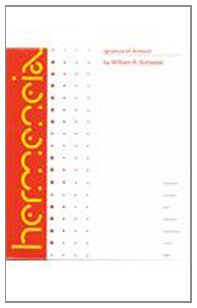 Ignatius often strikes the modern reader as a complex and even unsympathetic person, with an unlikely appetite for martyrdom. Yet he is a figure of great significance for the history of Christianity in the immediately post-NT period, and his inclusion in a major biblical commentary series is justified by the very correct desire to set the canonical documents in the historical continuum of their immediate context.

Dr Schoedel presents a learned and balanced study of his difficult author. He accepts the consensus that the authentic Ignatius corpus comprises the middle recension of the seven letters. While careful to consider objections he thus reaffirms the classic position of Lightfoot and Zalan. It is of course often healthy to be ready to challenge a consensus, but in the present case it is rather a tribute to the thoroughness of these great scholars of the past that their work stands in the face of renewed sifting, and that a new commentary of this quality can continue to build upon an acknowledged indebtedness to them.

But Ignatian studies have moved beyond these foundational concerns, and Schoedel surveys the field in a full, yet admirably clear and concise introduction which sums up many of the positions argued in the commentary. He is very cautious about recognizing explicit NT citations in Ignatius, hesitant about some form-critical and rhetorical-critical approaches (though I should be yet more so), and cautious in treating religio-historical parallels. Thus he is reserved about seeing any Gnostic background, even if the milieu is tinged with a hint of ‘Gnosis’ or ‘pre-Gnosticism’. He also rejects any background in the mystery religions or in Jewish Christianity, though he inclines more favourably to Hellenistic Judaism and to popular Hellenistic culture.

Yet Schoedel has his own distinctive thesis, following P. N. Harrison in his view that Ignatius’ strong assertion of episcopal authority and unity through conformity is to be traced to division in his own church in Antioch, a division in which the success of his own ministry and his forthcoming martyrdom was at stake. This case merits careful consideration at the least, and relates to the attempt to grapple with the reiterated preoccupations of Ignatius’ intense and unusual personality. The heart of the matter is the good case, which may be well grounded in usage, for taking eireneuein (Philadelphians 10.1; Smyrnaeans 11.2; Polycarp 7.1) to mean the restoration of internal harmony in the Antioch church rather than respite from persecution. It is this which comforts and vindicates Ignatius, and prompts his requests to the churches to send delegates to Syria.

Schoedel’s explanation of the text is careful and learned. He prints his own translation and comments on the Greek, the format of the series. The commentary argues exegetically the positions outlined in the introduction. It is good that an author characterized by the use of force, even violent religious metaphors finds in his commentator a balanced scholar who will caution against reading theological significance out of hyperbole. One odd omission is that of any reference to the letters of Rev. 2 and 3 to Ephesus, Smyrna and Philadelphia. Their historical situation, especially in the most problematic case of Philadelphia, may have light to shed on the passage about Judaizers (Philadelphians 6.1) or the ‘archives’ crux in 8.2, where Schoedel has a very helpful discussion.

This is quite a specialized book, well indexed, and with a wealth of bibliographical material. The student whose interests are focused within the NT canon may find his priorities do not extend to so deep a study of Ignatius, and Schoedel often interacts less with biblical than with patristic and later literature. But this important commentary will be indispensable for the initiated.