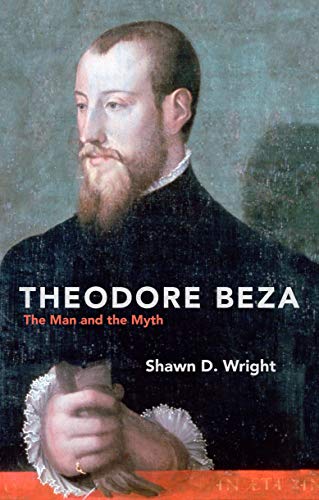 Theodore Beza: The Man and the Myth

French Reformation scholar Brian Armstrong once averred that Theodore Beza’s unique theological method was “invariably based upon an Aristotelian philosophical commitment and so relates to medieval scholasticism” (Calvinism and the Amyraut Heresy: Protestant Scholasticism in Seventeenth-Century France [Madison: University of Wisconsin Press, 1969]). Such remains the modern legacy of John Calvin’s heir in Geneva: a cold, distant scholar who forsook the pure biblicism of his teacher for a systematized theology made in his own scholastic image. This negative evaluation of Beza provides the raison d’etre for Shawn Wright’s latest book Theodore Beza: The Man and the Myth. As the subtitle suggests and Tom Nettles observes, this work wipes away the “historiographical garbage” in order to present a more accurate portrait of the man who inherited the task of uniting the Reformed churches in Europe and leading the Academy in Geneva after Calvin’s death. Wright, Associate Professor of Church History at The Southern Baptist Theological Seminary, seeks to “introduce you to the real Beza.” (p. 10)

Among the litany of books on Beza, including Wright’s Our Sovereign Refuge: The Pastoral Theology of Theodore Beza (Eugene, OR: Wipf and Stock, 2007), this latest work offers a most genuine contribution in its ability to countervail the many modern misconceptions surrounding “the Calvinist.” The author accomplishes this primarily in four ways: (1) demonstrating the continuity and discontinuity between Beza and Calvin, (2) advocating the “Muller thesis” against the likes of R. T. Kendall and others, (3) contesting the negative connotation of the word “scholastic,” and (4) presenting Beza as a man who was “first and foremost a Christian and a pastor” (pp. 74, 43, 45, 203). For Calvin and Beza, the gospel was central to everything. As a result, both men shared a heavy burden for their French homeland. Wright begins the book with an incisive look into Beza’s historical context in order to give the reader a sense of Beza’s humanity and the trials that shaped his writing and teaching. According to Wright, “Unlike Calvin, Beza lived to see the intense heat of persecution decimate the French Protestants, and, in many ways, he served as their counselor during this difficult time” (p. 31). From the aftermath of the St. Bartholomew’s Day Massacre to the Colloquy of Montbeliard, Beza proved himself to be more than a theologian; he was a statesman and an ambassador for the Reformed faith. Theodore Beza: The Man and the Myth is a robust depiction of Beza in all of these roles.

Wright’s most impressive erudition, however, is found in his ability to correct the mischaracterizations of Beza with a wide array of primary sources. Chapters 4–8, for example, are each centered on a particular “work of Theodore Beza that explains an important facet of his thinking” (p. 11). Wright’s Beza is not a rigid, philosophical thinker so much as a theologian with a “pastoral vision” who interpreted the vicissitudes of this life against the backdrop of a cosmic battle for souls waged between God and Satan. Therefore, Beza’s doctrine of predestination becomes the ground for his doctrines of assurance and perseverance. Hence, the believer can earnestly seek after a sovereign God and can find confidence in the Christian life. Beza’s practical doctrine of divine providence is perhaps no more on display than in A Learned Treatise of the Plague (1579). In this work, Beza biblically answered some of life’s most difficult questions regarding death (p. 168). In a particularly insightful chapter, Wright utilizes Beza’s discussion of secondary causes in order to demonstrate that his seemingly Aristotelian theology was imbued with a pastoral bent.

In response to Roger Olson, who accused Beza of founding supralapsarian Calvinism, Wright scrupulously dissects Beza’s Tabula Praedestinationis and his doctrine of double predestination. The author insists that Beza “is not asserting a sort of robot theology.” (p. 114). Instead, the “asymmetry” to his famous chart of salvation, along with his oft-neglected doctrinal discussion that accompanies it, clearly indicates that sinners are punished in eternal hell due to their own culpability and sin. As Wright correctly shows, Beza was not the first to formulate the doctrine of double predestination, nor did he confuse the two concepts of reprobation and condemnation. God’s wrath for the reprobate is pure justice; his saving of the elect is pure grace. As Wright exhorts, “The asymmetry that Beza draws is essential for us to repeat.” (p. 140)

Wright’s treatment of Beza is a welcomed, didactic biography for the Reformed community. As the first student of Calvin, the “real Beza” is able to teach us about the “real Calvin” and his legacy in ways that no other historical figure can. Despite its hagiographic quality, Theodore Beza: The Man and the Myth is an enjoyable book that forces its readers to reexamine scholastic theology through a more pastoral lens. This is an excellent resource for the Reformed theologian, both for its historical description and its pastoral prescription.

Obbie Tyler Todd is pastor of Third Baptist Church in Marion, Illinois, and is an adjunct professor of theology at Luther Rice College and Seminary.