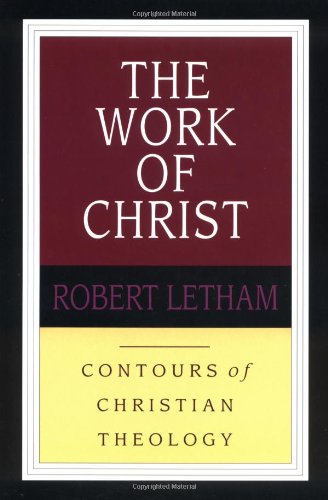 The Work of Christ

In 1993 IVP’s new Contours of Christian Theology series was launched with this volume, together with a companion volume on the doctrine of God by Gerald Bray, the series editor. The ‘work of Christ’ is interpreted broadly and the book covers a wide range of topics, as may be seen from a quick glance at the subject index. After four chapters laying the foundations, the bulk of the book is arranged under the three traditional headings of Christ as Prophet, Priest and King.

The book manages at the same time to be both biblically and exegetically based and also to discuss a wide range of theological issues. The latter are discussed in the context of both historical debate and modern discussion. The price to be paid for such comprehensiveness is that some issues are dismissed rather briefly and not necessarily to the satisfaction of all readers. But the value of the comprehensive cover is real and the briefer discussions serve at least to pose important questions, to whet appetites and to point to further reading.

As would be expected from those who know either the author or the publisher, the stance taken is unequivocally evangelical. The author also writes from a clearly Reformed perspective. He devotes an appendix to ‘the intent of the atonement’, defending what he calls ‘definite atonement’. He explains why he prefers these terms to the ‘extent’ of the atonement or ‘limited atonement’, both of which he finds misleading. The basic issue is identified, then discussed both theologically and exegetically.

But it would be wrong to assume that this is simply a regurgitation of past positions. The author is not afraid to criticize the Reformed tradition. Karl Barth’s criticism of Reformed theology for separating election and Christ is accepted for the seventeenth century and later, but not for the Reformers themselves (pp. 54–56). The systematic theologies of Hodge and Berkhof are also criticized on the same grounds (pp. 86f.). The discussion is by no means confined to old themes. Modern issues are also confronted—including liberation theology (pp. 62–66), which receives some degree of approval as well as criticism.

Like Calvin before him, the author insists that Christ’s work for us takes place not just on the cross, but at every stage of his life from his incarnation through to his resurrection (pp. 116–118). The focus is (again, as with Calvin) especially on the cross. This is interpreted as a propitiatory act of penal substitution, drawing on the studies of Leon Morris and others.

One theme that surfaces repeatedly is the rejection of modern individualism, which is traced back to late medieval nominalism and seen in both pietism and evangelicalism. This is contrasted with the corporate nature of biblical theology. An interesting outworking of this point comes in the discussion of the doctrine of the priesthood of all believers (pp. 121–123).

‘The series is intended to be of value to theological students at all levels, whether at Bible College, a seminary or a secular university. It should also appeal to ministers and to educated lay-people’, according to the Series Preface (p. 9). This volume succeeds in that aim. The wide coverage means that most readers fitting into those categories will be on familiar territory some of the time and will find their horizons being stretched at other times.

Those who are concerned to know more about the work of Christ will do well to turn to this book, both for what it contains in itself and in order to follow up some of the many leads.