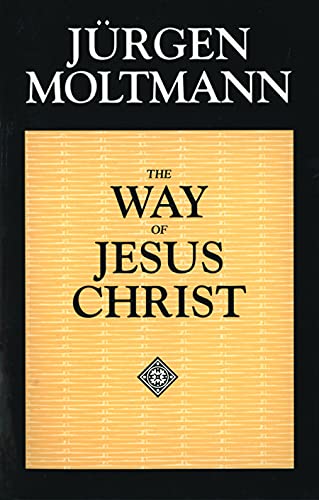 The Way of Jesus Christ: Christology in Messianic Dimensions

In this, the third work of his systematic theology, Moltmann brings into focus his entire theological enterprise, presenting in detail the Christology central to his whole thought. As the title indicates, the Christology of the Christian life is a journey, and the way that Jesus took, and the way of Jesus that we take now and in the future, must be central to any theology.

This, however, is not what many have come to understand by Christology. On the one hand, Moltmann criticizes the patristic discussions of two-nature Christology for over-emphasizing the cosmological (and hence vertical) aspect of Jesus Christ. On the other, modern Christologies which are anthropological are seen as overly horizontal in their outlook. Rather, Moltmann proposes a ‘Christology in the eschatological history of God’, attempting to avoid the overused categories of Christology ‘from below’ and ‘from above’. The overriding framework for this Christology is an attempt to link the historical reality of the Messiah with the eschatological issues of the world today. Three issues are of crucial importance to Moltmann: economic, political and social injustice; the threat of nuclear destruction; and the threat of the ecological crisis. This last issue has particular importance as Moltmann attempts to describe how the Son is related as cosmic Christ to the whole of nature, leaving behind the modern anthropocentric world view.

This work on Christology is different from others in a number of ways, and here we may isolate four. There is no discussion of traditional patristic Christology, and although Moltmann has explained why this is left behind, he only begins to answer how we are justified in doing this. Moltmann’s spirit Christology is refreshing and stimulating, yet it unfortunately leaves a number of issues unanswered concerning the Godhead. A welcome difference in this work is that the life and work of Jesus actually matters, yet without denigrating the importance of the cross and resurrection. All too many Christologies leave the impression that Jesus had no earthly ministry to speak of. Thirdly, due to Moltmann’s concerns of contextual relevance, this could well be a Christology of liberation. Praxis becomes the mark of the way of Jesus Christ, and it is once again a delight to see theology concerned with the world in which Jesus lived, died, and still lives today. The last point to notice is one which has become expected of Moltmann—that is, his Christology is rooted in eschatology. Yet the parousia of Christ is not a far-off naive hope, but the grounding and foundation of the Christology that we begin to live out today.

In spite of the great value of this work, many will find it hard going and daunting. To the uninitiated, Moltmann can appear to be needlessly lengthy and repetitive. As a result of this, there is a danger of taking on board Moltmann’s proposals without thinking through their implications. For example, his discussion of time and eternity presents itself as both fascinating and yet incoherent!

There are many other points that could be singled out for debate. Yet perhaps the greatest deficiency in a work such as this is the lack of discussion of religious pluralism. Why, in a world of increasing plurality, should Jesus Christ claim to be ‘the way’? And what relationship does this Christ have to the other religions of the world? Perhaps it is because Moltmann has avoided the more traditional cosmological issues that these modern and contextual questions remain unanswered (yet we remain hopeful that they will be considered in his projected volume on eschatology and the last judgment).