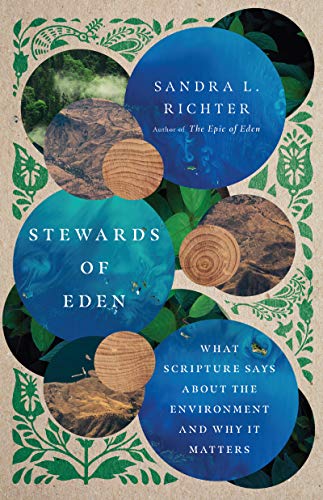 The Stewards of Eden: What Scripture Says about the Environment and Why it Matters

Theological responses to environmental degradation from Christians began in earnest in the mid-twentieth century. Industrialization, implemented without appropriate concern for ecological consequences, was contributing to prosperity in the West but also to the degradation of the complex web of nature—a gift given by God to enable flourishing of human and non-human life. Various Christians called for a response, including thinkers like Joseph Sittler and Francis Schaeffer. Some non-Christians, most famously Lynn White, called for the revision of Christian doctrine around pagan ideals to create a more eco-centric religion designed to curb human impact on the environment. Intramural debates within Christianity regarding the place of humanity within the created order have raged unabated for the duration.

Due in part to the residual effects of the fundamentalist-modernist controversies of the early twentieth century (which sometimes pitted social action against doctrinal orthodoxy as competing concerns) the divisiveness of environmental ethics and the confusion of approaches to the topic among Christians has led to a rather tepid response to obvious environmental issues among many orthodox Christians. Over the past five decades, some orthodox responses to environmentalism have been pitched as resistance to syncretism, offering little positive doctrinal witness to creation care. Other treatments of ecological responsibility by Christians have focused on the debates around the issue in a way that sometimes crowds out more constructive articulations of solutions.

Sandra Richter’s recent volume, Stewards of Eden: What Scripture Says about the Environment and Why it Matters, is a refreshing approach to environmental ethics that articulates a clearly orthodox Christian perspective on creation care by focusing on the biblical witness to the issue, rather than on the controversies surrounding it. For those who wish to think deeply about environmental ethics, this is a book that deserves careful consideration.

Richter divides her short book into seven concise chapters with a separate introduction and conclusion. In the introduction, she asks the basic question: Can Christians be environmentalists? Answering in the affirmative, Richter moves to the focus of the first chapter, which connects the biblical account of the creation of humanity with a responsibility to steward creation wisely. Chapter 2 explores the relationship between ancient Israel and the land, demonstrating that the Pentateuch treats God as the landlord of creation to whom the people of Israel are responsible as renters.

In the third chapter, the author explores what Scripture teaches about proper care for domestic animals, setting this in contrast to many of the modern factory farming methods. Chapter 4 makes a similar argument related to human responsibility for wild animals. The fifth chapter contains Richter’s outline of the limits on warfare related to the environment drawn from the Old Testament, comparing these to the way the U.S. prosecuted its defoliation campaign in the Vietnam war. Chapter 6 discusses the disproportionate impact environmental degradation has on marginalized populations, connecting concern for the widow and orphan to creation care. In the seventh chapter, having spent the bulk of her short volume exploring evidence from the Pentateuch, Richter shows the unity of the new covenant revelation on the environment with the evidence from the Hebrew Bible discussed in previous chapters. Following the conclusion, there is also an appendix with suggestions for concrete actions that Christians can take in order to be wise stewards of creation.

Richter is an Old Testament scholar, which shows in her strong emphasis on the teaching of the Pentateuch on environment. As such, Stewards of Eden reflects her own focus of study. It is, therefore, not a comprehensive handbook of Scripture’s teaching on the subject, but an argument that focuses on one portion of Scripture and relates the consistent witness of Scripture to that anchor.

Each chapter provides practical case studies related to the theological content. Richter uses clear evidence of environmental degradation in the treatment of animals in factory farms, overuse of land for agriculture, and excessive extraction of resources through practices like mountain top removal as foils to the biblical call to responsible stewardship. She seems to intentionally avoid debates about the validity of climate change data and resists conflation of controversial economic systems with the question of creation care. This helps the volume stay on topic and to be usable for an audience with varied theological and political leanings.

One of the more intriguing aspects of Richter’s volume is that in a highly politicized debate, there is almost no treatment of ongoing controversies. This is a text that simply picks up Scripture, reads it along orthodox lines, and seeks to apply it to contemporary questions using the best available data. By simply making a clear, positive case for stewardship from the Bible without addressing objections, Richter bypasses the usual taking of sides that can discourage honest consideration of ideas. Those who have studied Christian environmental ethics and its history will find this volume a delightful change from the common formula for books on the topic. Those who are new to the issue will skip some non-essential prolegomena to get straight to the meat of the matter.

Stewards of Eden is a pleasantly readable volume. Richter’s prose is clear, her arguments are carefully explained, and she focuses on a positive case for environmentalism drawn from Scripture. It is clear from her approach that the author’s intent is not to change Christianity, but to use the central source for all Christian doctrine and practice to call believers to live a life of greater integrity. By avoiding the history of the ecological debate, Stewards of Eden presents a winsome invitation to a deeper interest in ecological stewardship among Christians.

This is a rich work of biblical research and theological application. It would be useful as a teaching tool or as an introductory text, but it presumes some background in biblical studies from the audience or the instructor. It is a model for future volumes on a vitally important topic.