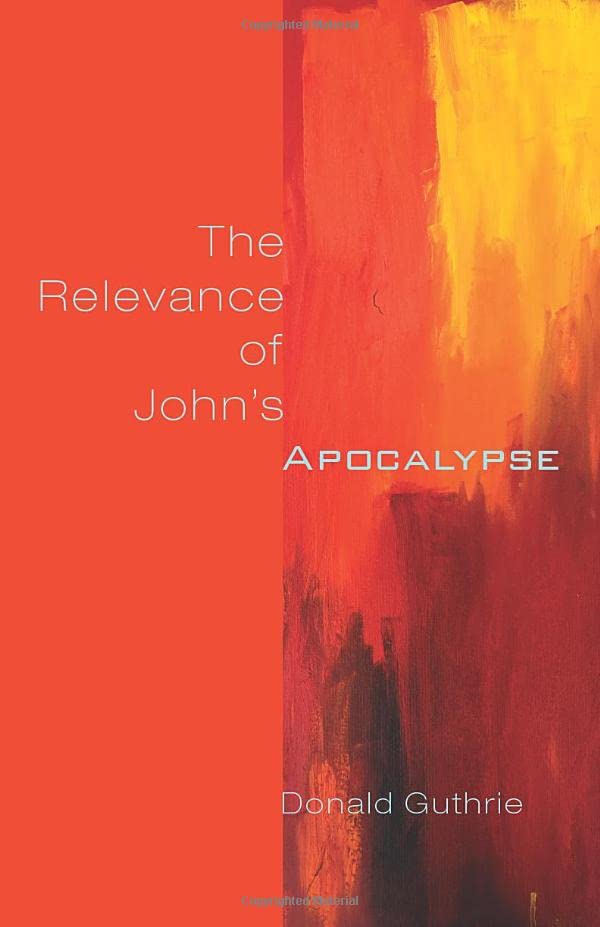 The Relevance of John’s Apocalypse

The contents of this book were originally delivered as the Didsbury Lecture for 1985 at the British Isles Nazarene College in Didsbury, Manchester. The title of the book unfortunately is misleading (as are the comments on the book cover), since it sounds as though there will be an emphasis on the practical application of John’s Apocalypse to the modern world. However, there is little attempt to carry out this goal.

Nevertheless, Guthrie’s book is an adequate, though brief, introductory overview to some of the central issues of debate about the Apocalypse today. Although his discussions are terse, they are as fair and balanced as can be expected. A good example of this is the first chapter, where Guthrie summarizes the various interpretive approaches to the book. In a short amount of space he gives an overview of the history of interpretation, the problem of sources, the debate about the structure and the alternative frameworks within which to interpret the book. Of course, much is omitted because of the goal of brevity, but the uninitiated reader is left with an introduction to this difficult book which can be built on with further study. The author aligns himself with no particular interpretive approach, believing them all to contribute in one way or another to an overall understanding of the book.

The second chapter is a helpful, though again brief, overview of John’s Christology, its relation to the rest of the NT and to contemporary Christological discussion.

The third chapter is a summary of the content and relevant historical background of the seven letters in Revelation 2–3, as well as of the various explanations for the worship scenes in the visionary segment.

The last chapter analyses segments of the Apocalypse concerning the topics of persecution and battle between the forces of good and evil. The spiritual dimension of this conflict is highlighted and shown to have parallels elsewhere in the NT and even in the OT. The discussion concludes with a focus on John’s theology of judgment, which Guthrie believes (rightly) needs emphatic reiteration in the modern theological climate. This is the most relevant section of the book in relation to the practical concerns of the twentieth-century church.

Professor Guthrie’s book will serve as a general, brief introduction to some of the central problems of John’s Apocalypse. This would be a good book for those preparing to study the Apocalypse in the environment of a local church or in an academic setting.