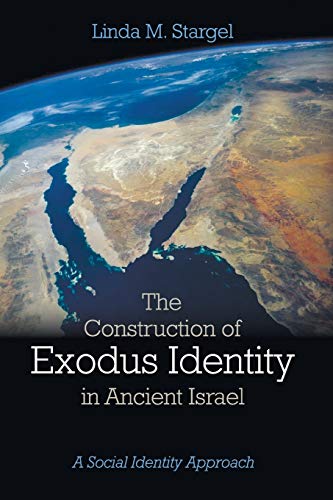 The Construction of Exodus Identity in Ancient Israel: A Social Identity Approach

Stargel’s book is a revised version of her dissertation presented to the University of Manchester/Nazarene Theological College, Manchester, UK. In a time when approaches to social identity have entered biblical studies with increasing frequency, Stargel provides an easily accessible framework. Her approach, though not exhaustive or exclusive to the diverse and often complex reality of social identity approaches, is systematic and comprehensive in its scope. Stargel focuses her social identity approach on narratives of exodus identity as they appear throughout the Hebrew Bible/Old Testament. With over 120 direct references to the exodus in addition to a multitude of echoes and allusions (p. xviii), clearly, the exodus was a pivotal event for the community of ancient Israel, and one that, for multifarious reasons, was called upon throughout Scripture. Stargel’s book seeks to illuminate the social identity impact of these references.

Following a brief introduction, chapter one provides an overview of Stargel’s social identity approach. By primarily relying upon Henri Tajfel’s work, the initiator of Social Identity Theory (SIT), Stargel engages with several prominent social identity theorists from within the social (human) sciences. This overview provides readers with an excellent introduction to some major works and scholars contributing to social identity research over the past several decades.

Chapter two continues Stargel’s overview of her methodology by focusing on studies that have applied a social identity approach to textual witnesses and, specifically, the biblical text. In this, Stargel creates her methodology by blending the approach of “face-to-face” social scientists with those approaching social identity within texts. Predominantly, and rightly so, Stargel draws on Philip F. Esler’s works from the New Testament to form her methodology. Admittedly, there are far fewer social identity studies related to the Hebrew Bible, though Baker, Bosman, Finitsis, Jonker, and Lau are noted (pp. 23–28; 145–47); unfortunately, Louis Jonker’s more recent study (Defining All Israel: Multi-Levelled Identity Negotiations in Late Persian-Period Yehud, FAT 106 [Tübingen: Mohr Siebeck, 2016]) was published near to when Stargel’s dissertation was completed and, thus, does not appear in her bibliography here.

By creating a methodology to systematize the often diverse, and complex, realm of social identity, Stargel is able to analyze the cognitive, evaluative, emotional, behavioral, and temporal dimensions of the social identity formulations appearing in relation to the exodus narratives. Within each “dimension,” Stargel appropriates the requisite social identity theories such as categorization, boundary formation, differentiation, positive distinctiveness, prototypicality, devaluation of the “other,” and myths of common descent, among others. The following chapters then systematically assess the direct exodus narratives of both the “primary” exodus story (chapter three) and its eighteen other “retellings,” first, as they appear in the Pentateuch (chapter four), then, as they appear in the Prophets and Writings (chapter five).

Chapter six provides a summary of findings along with the significance of Stargel’s analysis and, lastly, Chapter Seven provides a conclusion with prospects for further research. Stargel also includes several appendices: “Prior Research on Identity and Memory in Text”; a list of “Direct References to Exodus in the Hebrew Bible”; “Three Translation Models for Exodus 15:13–18”; and “Methodology Worksheets” for each of the direct exodus narratives analyzed in her study.

Rightly, Stargel focuses on one of the major narrative motifs of the entire Hebrew Bible: the exodus narratives. By analyzing the “primary” exodus narrative in relation to the numerous “retellings” (at least eighteen according to Stargel), a pattern of possible exodus identity formulations begins to appear. While the cognitive and evaluative dimensions are most consistently and thoroughly analyzed, the temporal dimension of this study is perhaps the most unique to Stargel’s and provides a most interesting perspective into the endurability of the exodus account to transcend generational bounds. However, it is not entirely clear whether Stargel’s differentiation of cultural-ideological myths of descent is necessarily mutually exclusive with genealogical myths of descent. Certainly, Stargel is correct that a minimalist view of genealogies as strictly a biological “bloodline” is exclusivistic and does not adequately represent what it means to be included in “Israel” (p. 117), however, it remains that work on genealogies (including Robert R. Wilson, Genealogy and History in the Biblical World [New Haven: Yale University Press, 1977]), has established the profound sociological nature of genealogies, especially for cultures such as ancient Israel. Indeed, genealogies such as those found in the book of Chronicles portray far more inclusion from a sociological perspective than even an exodus narrative identity is able to. In her defense, Stargel notes that “understanding when, where, and why genealogical expressions took on significance for Israel’s identity formulation are important to this conversation and require further research” (p. 149). Such conversations will only strengthen our understanding of ancient Israel and the possible identity formulations of what it means to be included in “all Israel.”

While Stargel admirably includes discussion and reference to other collective memory studies, engagement with other narrative studies, even in a cursory manner, seems to be absent. As a result, sometimes the strength of Stargel’s study, which is tracing a major narrative motif (as opposed to limiting social identity analyses to individual books of the Hebrew Bible), is also a potential weakness: the context and significance of the exodus narrative within its particular (re)appearance cannot always be sufficiently evaluated. Finally, as Stargel limits her study to that of a “final form” as opposed to a historical-redactional study, the question as to who the “hearers” of each exodus narrative might be, though perhaps being placed in the post-exilic era (a broad designation), is otherwise left ambiguous (though see, for example, pp. 149–51 for Stargel’s caveat of the need for further research in this area).