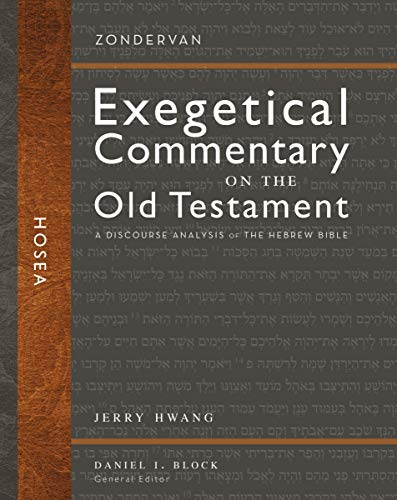 This series of commentaries sets out to explore what the biblical writers meant their audience to hear, arguing that any contemporary interpretation of the text should be directly related to the author’s intention and rhetorical agenda. The primary approach, highlighted in the series’s subtitle, is discourse analysis, which aims to look at the whole text not only sentence by sentence or verse by verse, but also at how these fit in to the wider discourse. Although only relatively recently applied to biblical studies, discourse analysis incorporates a range of elements associated with more traditional exegesis and several other commentaries and series use similar approaches, without mentioning the term. I find this approach both useful and appropriate. To achieve its goal, the series looks at biblical passages under six headings: a brief summary of the main idea of the passage, its literary context, translation and exegetical outline, structure and literary form, a detailed explanation of the text and, finally, the passage’s canonical and theological significance, which considers the way the text may be used by other biblical writers and its contribution to biblical theology more generally (p. xi). These elements combine well to achieve the series’s aim, and that is true of this volume on Hosea, which is a valuable addition to the series.

The Hebrew text of Hosea is difficult, maybe because it uses a northern dialect, and many commentators and translations suggest emendations. Hwang offers his own translation, generally following the standard Masoretic text, with alternative readings only where he considers there to be sufficient textual evidence. This means not following some emendations found in English versions, and whilst these decisions are justified, explanations are sometimes quite brief. The resulting translation reads awkwardly at some points. This approach is valid; however, in my view, the commentary is more useful when read alongside alternative views.

The approach of the commentary is broadly conservative and, to give more attention to exegesis, it focuses less on some critical issues. These, though, are not ignored, and there is engagement with a range of biblical scholarship, much included in substantial footnotes. The Introduction is wide-ranging and covers most key points. It includes helpful insights into the background of the book, including its historical, political, economic, and religious context, its literary style and transmission, and its theology. There are occasions, though, where I found the discussion a little too brief, or too dependent on footnotes, and so less clear than it might have been.

Hwang sets the book in the eighth century BCE (pp. 23–31). He notes that the text may have been transmitted in Judah, following the fall of Samaria, though argues against any substantial Judean redaction. In my view, he is correct to minimise editorial intrusion, though there might have been more discussion of the different portrayals of Judah: sometimes sharing Israel’s guilt and judgement and sometimes pointing to future hope.

In discussing the book’s theology, an important element is the extension of the kinship between Yahweh and Israel to the land, and so to creation (pp. 31–41). This includes the use of similes and metaphors drawn from nature, negative imagery of Yahweh withdrawing blessings and even the reversal of creation, and the hope of restoration and renewal, which also extends to the natural order.

The commentary notes two main divisions in the book (chs. 1–3 and 4–14), which are then subdivided into sections. Each section begins with the author’s translation and there is also an indication of how these sections fit into the overall structure of the book.

The first three chapters set the scene for what follows, especially in describing the relationship between Yahweh and Israel as husband and wife, and the idolatry that results in the charge of spiritual adultery. This is reflected in the sign-act of Hosea’s marriage to Gomer. Hwang focuses here on Hosea’s obedience, and there is, intentionally, little reference to historical or emotional aspects of the marriage. In my view these aspects are significant; however, information on them is sparse, and I understand why others see this differently. There is more discussion of the identity of the woman in chapter 3 and the relationship of this passage to chapter 1; Hwang concludes that this is a reference to Hosea taking Gomer for a second time. There is also necessary and appropriate discussion of the problematic nature of the metaphor, in particular the shaming of, and suggestion of sexual violence against, Gomer.

The rest of the book of Hosea comprises oracles, in the form of divine speech, which continue the theme of spiritual adultery. As noted, the Hebrew text is far from straightforward, and there are points where I do not fully agree with Hwang’s translation. Nevertheless, discussion of the text, the explanation, and the canonical and theological significance is generally well done and insightful.

Overall, I found this commentary to be well-written. It is scholarly, engaging well with other sources, and it also provides a very valuable resource for the preacher and expositor. It moves well from the interpretation of the text in its original setting to its significance and application in today’s church. This is a commentary that I am very happy to add to my library, and I am sure I will consult it frequently.