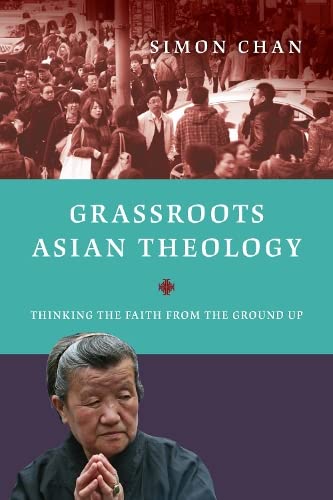 Grassroots Asian Theology: Thinking the Faith from the Ground Up

In Grassroots Asian Theology, Simon Chan offers the church a timely challenge. His “main focus is on how theology ought to be done” in contrast to the way that theology is typically done for non-Western contexts (p. 8). He suggests the problem with many “Asian theologies” is that their themes and emphases derive from “elite theologians” (Chan’s term), [who] tend to impose their views on the grassroots and read their contexts selectively” (p. 28). These theologians do not sufficiently consider the larger Christian community and thus suppose that their assumptions and ideas represent a particular strand of “Asian” theology. Thus, he says, “what passes as Asian theology tends to be confined to a limited number of themes and theologians” (p. 23).

Instead, Chan argues that theologizing is a community affair. Thus, Asian theology should reflect both the concerns of local cultures and the insights of the historical church. By listening to a broader range of voices, we can avoid two common yet problematic extremes. On the one hand, he says some (in the manner of Paul Tillich) talk about abstract principles and generalities, which are more conducive to inter-religious dialogue. On the other hand, he points to Barth as typifying an approach that could easily overemphasize historical particulars. Naturally, many fear that the latter could reduce Christianity’s apparent relevance to all the world’s cultures.

Chan suggests a few potential organizing principles for an Asian theology. He agrees that a narrative approach is “typically evangelical,” yet he claims, “A more adequate way of organizing an Asian theology is to center it in the doctrine of the triune God as the divine family” (p. 42). From this starting point, we can explain sin as “an affront on God’s honor (Anselm) and an act that dishonors the family name” (p. 44). Also, “Salvation is the restoration of one’s standing in the family” (p. 45). Accordingly, he concludes, the church becomes a far more central aspect of our theology. He offers other suggestions as to how this perspective helps solve various theological and missiological tensions.

Many will applaud Chan’s diagnosis of a key problem facing the modern church; however, he might find less agreement when it comes to the particular way of solving the problem. Perhaps the greatest concern for this reviewer is the fact that Chan is virtually silent when it comes to the role of exegesis (or biblical interpretation). As a systematic theologian, he approaches the question of “Asian theology” similarly. Consequently, his presentation suggests that theology finds its orientation around the readers’ questions. Although Chan is an evangelical theologian, readers could easily mistake his meaning. For instance, he says, “Scripture sets the initial trajectory for the subsequent development of doctrine in the Christian tradition. There is no separation between Scripture and tradition since Scripture is apostolic tradition” (p. 14).

Of course, Chan would affirm that one’s theological answers should come from the Bible. My concern however is simply that he gives little guidance as to how the biblical author’s original meaning and context should shape and even alter the questions that we ask. Might there be instances where the biblical authors provide a better starting point for Asian theology than those suggested by modern readers?

Furthermore, Chan’s theological conclusions need further defense and explanation. For example, he speaks of the “triune God as the divine family.” After talking about the Father and Son, he has little to say about how the Holy Spirit fits into that particular analogy. To be sure, much of the book gives sustained attention to the Holy Spirit, yet that discussion stems from a different beginning point. He notes that Pentecostalism is widespread around the world. Practically speaking, it appears that this observation grounds his proposed prescription for Asian theology. In particular, Chan’s presentation seems to offer Pentecostal Christianity as the solution for a genuinely Asian theology. His defense of that thesis is cursory and underdeveloped. As a result, readers may be left with more questions than answers. According to Chan, could non-”Pentecostal” theologies be regarded as “Asian”?

In addition, a few other things may detract from the book’s otherwise helpful argument. Chan continually contrasts grassroots Christians and “elitist theologians.” The “elitist” verbiage has rather pejorative overtones and is not constructive for building unity between lay Christians and academic theologians who seek to serve the church. Also, some readers may be distracted by the consistent emphasis on inter-cultural dialogue. Chan denies that such dialogue is the standard for good theology; nevertheless, it is not always easy to understand his precise meaning regarding the relationship between dialogue and a sound theological method.

Overall, Grassroots Asian Theology is a timely and welcomed contribution to various evangelical discussions. Chan serves the church well by raising many important issues that all too easily get overlooked. He states, “For if the living faith of the people of God (the living tradition) is the locus of primary theology, it is vital that the church’s theology reflect that faith” (p. 30). He reminds us that theology is a community activity. Theologizing requires us to depend on the Spirit and listen to the local, global, and historical church. Furthermore, he challenges us to humbly reconsider how our own cultural lens influences the way we read the Bible.