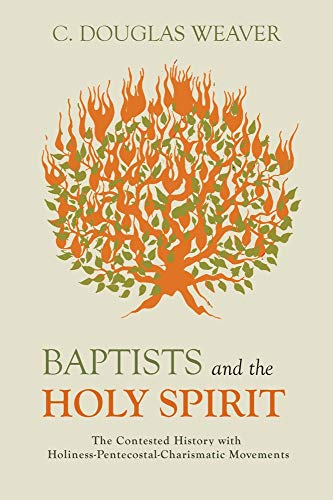 Baptists and the Holy Spirit: The Contested History with Holiness-Pentecostal-Charismatic Movements

Baptists are one of the largest historically evangelical traditions in the world, with approximately 100 million believers, about a third of whom live in the USA. Much of this growth came during the twentieth century. Baptist sensibilities were so widespread in the USA that Martin Marty spoke of the “Baptistification” of American Christianity, and Baptist missionary work extended across the globe (“Baptistification Takes Over,” Christianity Today [September 1983]: 33–36).

At the same time, Baptist growth pales in comparison to the expansion of continuationist traditions such as Pentecostals and Charismatics, which account for approximately 650 million believers worldwide. Historians and missiologists routinely note that the story of continuationist growth overlaps significantly with the story of the growth of World Christianity in the past 120 or so years, and the continuation of the so-called miraculous spiritual gifts is taken for granted in much of the Global South.

A growing number of those 100 million Baptists are also continuationists, as is the case with most Christian traditions. But plenty of Baptists also contend that some or all of the miraculous gifts are invalid for today, or they differ considerably from continuationists in how they understand those gifts. There has also been plenty of Baptist-continuationist rivalries since the first wave of Pentecostals began speaking in tongues and prophesying in the opening years of the twentieth century. The story of interchange between Baptists and continuationists is a messy one, which is one reason it has never been told before now except in bits and pieces. Doug Weaver’s recent book Baptists and the Holy Spirit: The Contested History with Holiness-Pentecostal-Charismatic Movements fills that void.

Weaver is a respected historian who has written widely on both Baptists and continuationists. The present volume represents the culmination of three decades of research. It is one of the most important books in Baptist studies to be written in the past decade, and it offers a model for how historians can investigate points of contact between Pentecostals, Charismatics, and older denominational traditions.

Baptists and the Holy Spirit contains three major sections. Part one is a study of how Baptists interacted with the Holiness movements that served as precursors to modern continuationist movements. Part two focuses upon Baptist responses to Pentecostalism, which emerged in the first decade of the twentieth century. The third section, which is by far the largest, is devoted to Baptist interactions with Charismatic and Third Wave movements from the mid-twentieth century onward. In making this distinction between Holiness, Pentecostal, Charismatic, and Third Wave movements, Weaver is acknowledging the sometimes subtle theological and cultural differences between various continuationist groups.

Baptists and the Holy Spirit notes several recurring themes throughout the history of Baptist-continuationist interactions. One recurring theme is that some Baptists embrace miraculous gifts and begin to identify more with continuationism than their Baptist heritage. During the early Pentecostal era, many Baptists eventually left the fold and became Pentecostals. In response to Charismatic and Third Wave movements, some Baptists departed, while others remained convictional Baptists who embraced continuationism. But even the latter tended to network more closely with other continuationists—Baptist and non-Baptist—than they did their denominational kin who did not practice miraculous gifts. These “Bapticostals,” as Weaver calls them, are more common today than at any point in the past.

A second recurring theme is that a majority of (especially) white Baptists rejected continuationism and the Holiness teachings that were imported into continuationist movements. The Baptist default, though not always clearly articulated, was cessationism—the belief that miraculous gifts faded away after the New Testament era. At various times, Baptist continuationists were ousted from local associations or forbidden to serve as missionaries, especially among Southern Baptists. Weaver rehearses an impressive litany of minor (and not-so-minor) Baptist controversies over miraculous gifts, many of which were related to the influence of various continuationist revival movements on Baptists.

Another recurring theme is the gender and racial egalitarianism often present among continuationists. On the whole, Pentecostals and Charismatics tended to promote racial diversity and downplay gender differences in ministry leadership, and these emphases carried over to Baptists who embraced miraculous gifts. The gender issue proved especially controversial, especially among Southern Baptists, the majority of whom were complementarian. Some Southern Baptists went so far as to condemn continuationism in part because its gender egalitarianism evidenced that the movement was unbiblical.

A fourth recurring theme is that even those Baptists who rejected continuationism were influenced by it more than they realized. A key example is in worship practices, including singing contemporary praise and worship music and the raising of hands while singing and praying, both of which were imported originally from continuationism. A renewed emphasis on spiritual gifts, including the non-miraculous ones, also arose in direct response to continuationism. Other examples could have been explored, including prayer-walking and praying for protection against demonic attack.

Even more than miraculous gifts, certain Holiness concepts proved especially influential among theologically conservative Baptists. Many Southern Baptists especially embraced a modified form of Keswick spirituality that emphasized being filled with the Holy Spirit for the sake of personal victory over sin and empowerment for ministry (especially evangelism and missions). A combination of modified Keswick spirituality, dispensationalism, and complementarianism informed the consensus beliefs of the Southern Baptist biblical inerrantists who gained control of their denomination during the latter two decades of the twentieth century.

A final recurring theme, though more suggested than fully developed, is the tendency of many modern Baptists to occupy space somewhere between a firm cessationism and an active continuationism. This position is sometimes called the “open, but cautious” view. This position has been very popular among African-American Baptists for a century. But since the Third Wave of the 1980s and 1990s, many white Baptists have also been openminded about at least some of the miraculous gifts, and have not seen them as a reason for division, even while not practicing these gifts themselves. Post-denominationalism likely contributes to this trend, as well as the greater accessibility of books and especially sermons from continuationists in the internet era. The wedding of elements of Reformed theology and continuationism among sectors of the so-called New Calvinism is another likely contributor to mediating positions among some modern Baptists. This is an area worth further research by historians in the coming years.

Baptists and the Holy Spirit is a landmark study. Weaver draws upon the best scholarship related to both continuationist history and Baptist history. He is sensitive to the nuances between different streams within each group discussed, and he demonstrates how both doctrine and social/cultural influences defined Baptist-continuationist interaction. At times, Weaver’s own “moderate” sensibilities come through, especially when writing about recent Southern Baptist history. (Weaver is a former Southern Baptist who now identifies with Cooperative Baptist Fellowship.) But his bias does nothing to detract from the overall usefulness of the book, which will be required reading for scholars interested in modern American evangelicalism, as well as Baptist ministers who wish to understand why some of their church members pray in tongues or watch Pentecostal televangelists on TBN.