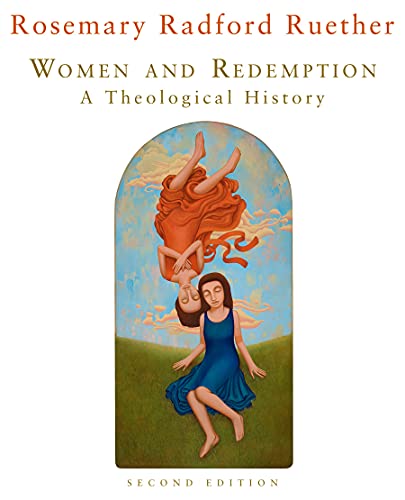 Women and Redemption: A Theological History

I must confess to being disappointed with this book. This book sets out what it sees as the ‘scientific’ truth of the minute, that there is no such thing as ‘female’ in this postmodern Endzeit. This corresponds to a serious reading of Galatians 3:28 or Matthew 22:23 following. ‘Sisters doing it for themselves’ is read back into the apostolic period: Thecla may have belonged to, or be the literary representative of the radical wandering groups of women evangelists. These groups included social concern in their ‘whole person oriented’ ministry. There is little sense of difference or discontinuity between ‘orthodox’ and ‘gnostic’ groups. ‘Thus for Valentinians a celibate redeemed group, male and female, minister to and help those who still exist on the fallen level of actual marriage to rise to this higher state: “In the kingdom of Heaven the free will minister to the slaves: the children of the bridal chamber will minister to the children of the marriage” ’. (57) This drives the practice of women religious almost into Apostolic times. As the Gospel of Mary puts it simply: women have more insight (72:19–22).

Thereafter there is a trawl through the lives, times and significance of the holy women who contributed to Christian theology and who by their scarcity appear all the more valuable. What we get is a shaggy dog story, uncritically and not particularly well, let alone theologically told of one consciousness-raised mystic after another. Better to get hold of the books which put these lives in their contexts: Susanna Elm, Gillian Clark, Grace Jantzen, Saskia Murk-Jansen, Oliver Davies have all done such work.