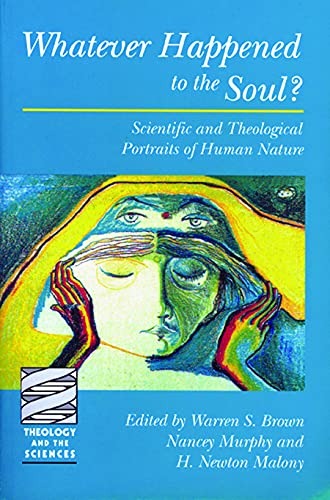 Whatever Happened to the Soul? Scientific and Theological Portraits of the Human Soul

This is a dense, interesting and significant contribution to the ongoing debate about personal identity within the Christian community. Recent years have seen a resurgence of a traditional dualist account of the human person. The legacy of Descartes is still strong amongst those who wish to take seriously the concept of the soul, so that it is hard for the thinking Christian to escape from a picture of the individual as a composite of physical body and non-physical soul.

Yet the dualist picture is one which has been rendered increasingly implausible in the light of developments in philosophy and science during our century. Philosophically, it is associated with a problematic scepticism—if we are locked into the inner world of the mind, how do we ever achieve knowledge of an external reality? And scientifically, the problem of interaction which Descartes faced now seems to tell decisively against dualism. It seems to the modern eye that our mental lives are to a great extent causally determined by physical processes in the brain, and, as this book records, scientists who take physicalism as a guiding hypothesis are making astonishing progress.

The book is a welcome attempt to spell out, in convincing philosophical, scientific and theological detail, an account of the soul which escapes the twin perils of dualism, and a reductionist physicalism which is propounded by those for whom talk of the soul, or indeed of consciousness as a non-physical aspect of the mind, is to be rejected. Working under the title ‘non-reductionist physicalism’, the volume contains detailed and interesting contributions from geneticists, psychologists, philosophers and theologians. The level of technical detail is impressive, as is the range of topics embraced. Issues of great contemporary significance, such as the link between genetics and personality, as well as the recent findings of cognitive neuroscience, are covered in a manner which is impressively rigorous, whilst remaining accessible.

It is a book that will spark controversy. The adoption of the title ‘physicalist’ will be contentious. It is all well and good to describe oneself as a ‘non-reductive’ physicalist, but it is hard to see how one can be a physicalist without subscribing to the belief that the physical world is causally autononous—which is scarcely an option for a theist. Murphy’s paper attempts to resolve this tension by the use of the technical notion of supervenience. But this concept itself exhibits the same worrying tendency to ascribe a primacy to the physical: the supervenience relation implying that fixing the physical facts determines how things are at the mental level.

This, then, is a timely and important volume, worthy of attention from Christian thinkers from any of the wide range disciplines affected by the mind/body problem. Whilst it is unlikely to settle this perennial question, it should raise the level of the debate within the Christian community.