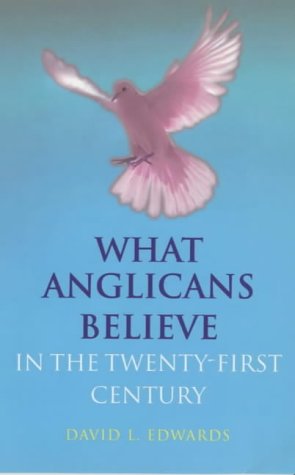 What Anglicans Believe in the Twenty-First Century

David Edwards may well be described as the ‘John Stott’ of the liberal end of the theological spectrum. He is widely read, thoughtful and a first-class communicator. It was therefore highly appropriate that he and Stott should engage in a theological dialogue published as Essentials. The Evangelical reader of this present volume will not be surprised to find himself having the same ‘yes but …’ reaction that Dr Stott displayed in his conversations with Dr Edwards.

What Anglicans Believe is, in the words of its author, ‘written for people who think for themselves and who are willing to think about God’. In other words, it is written for the honest seeker. Even a basic knowledge of Christian belief is not taken for granted and matters are explained simply, yet not simplistically in a clear and refreshing style.

The framework chosen is a basic ‘We believe’ pattern with a focus on what, the author claims, are beliefs integral to Anglicanism as defined in terms of its historic formularies, but more descriptively from what different groups which make up membership of the Anglican communion as it is now constituted believe (evangelical, catholic, liberal). The approach is one of a genial celebration of the positive contributions each tradition has to make without wishing to ‘unchurch’ anyone.

There is much which is helpful, with clear orthodox statements about the person of Christ, the nature of the Trinity and some excellent material on prayer, holy communion and the importance of Christians engaging with society.

The fundamental weakness, and so consequential disquiet felt in reading the book, is the lack of grounding in Scripture as authoritative. While reference is made to the Church of England’s position on this, Edwards refuses to be unambiguously guided by it. This is most evident in his chapters on the Jesus as ‘Son and Lord’ and its discussion on the cross, and ‘We believe in love’ and the matter of Christian morality.

Edwards defines sin as ‘everything in us that refuses to accept our own proper dignity in the home of God our Father’ (54). This is hardly the serious view of our rebelliousness which the Bible takes. Accordingly, his understanding of the cross is not that of a propitious sacrifice offered on our behalf, but ‘the placard of God’s love’ (97). The cross achieves nothing vis-à-vis God, how can it when his attitude towards us is always one of love? But it is meant to affect our attitude towards him, but just how is difficult to grasp. Edwards tells us that ‘Many Christians have spoken of Jesus carrying the consequences of humanity’s sin.’ and ‘Many Christians have spoken of Jesus death as our ‘redemption’ and Romans 5:8 and 2 Corinthians 5:18 are quoted in support (28). As a matter of description, he is correct, but do such statements carry authoritative weight about what is true and therefore to be believed as ‘immutable non-negotiables’, especially when coming from an apostle? That is, are they prescriptive for us today? Not according to Edwards who gives pride of place to individual and collective reason.

And so given the low place Scripture figures in Edwards’ scheme it is not surprising to find that on the matter of homosexual practice, Edwards urges that our moral valuation should be modified in the light of ‘recent knowledge’, which in effect means allowing such practice for those who are so disposed so long as it is not promiscuous.

In many ways, what we have in this book is an example of the beliefs against which the early IVF stood. They had the wit to recognise that the ‘yes but …’ had profound implications. While there is much with which we can agree (in so far as what is said agrees with Scripture), we must respectfully point out the inadequacies of a theological framework which does not arise out of the principle, ‘Scripture alone’ and the confusion that results.

The Reverend Melvin Tinker is senior minister of St John, Newland, Hull, UK. He has contributed a number of articles to Themelios over the years and is the author of several books, his latest being Intended for Good: The Providence of God (IVP, 2012).