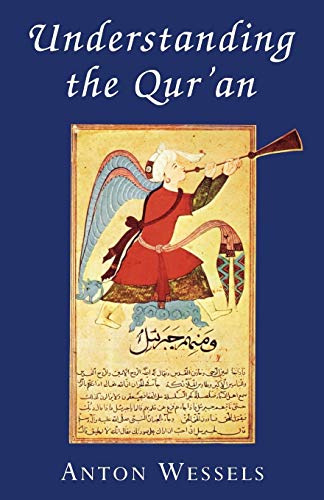 Sales of the Qur’an have skyrocketed since 11th September 2001. The terrorist attacks provoked Westerners, including many Christians and Christian leaders, to try to understand anew (if not for the first time) Muslims, Islamists and the Qur’an-based faith that inspires them.

Anton Wessels’ slim volume (written before then and produced in co-operation with a Dutch radio station) aspires to be ‘a clear and comprehensive introduction to the Qur’an’ (back cover). According to the author, ‘This book is meant to be a guide to reading and learning to read the Qur’an … to make the Qur’an rather more familiar to the English reader’ (1). The author hopes that ‘those who have read these chapters and above all have done the exercises at the end of them—in other words who have really looked up the references to the Qur’an and read these passages—will be able to find their way around the Qur’an better’ (1). The author’s pedagogical approach is an important delimiting factor: this book is intended to be read interactively with the Qur’an. It assumes the reader will ok up references in the Qur’an much they would Scripture verses in a Bible study—a perhaps unrealistic expectation” have of an uninitiated readership.

The book is divided into twelve chapters. Chapter one provides background on the difficulties of translating the Qur’an, the arrangement of its chapters, its role as a recited book in the Muslim community, and the significance of the opening prayer (bismillah, ‘in the name of God’) and other Qur’anic invocations. Chapter two surveys the Qur’an’s 114 surahs (chapters), helpfully listing the title (each surah is known by a title based on its contents or a key word, e.g. ‘Women’, ‘The Spoils’, ‘Repentance’) and a short description of each section.

The meat of the book is in the next nine chapters, where Wessels discusses what the Qur’an says about a series of theological subjects: Muhammad and Revelation; God; The Preaching of the Last Judgement; God’s Power and Human Responsibility; Prophets in general and Abraham in particular; Belief and Unbelief; Man in the Qur’an: The Story of Adam; the Qur’an as a Law Book; The Relationship with the People of the Book: Jews and the Story of Moses, Christians and the Story of Jesus. Readers new to the Qur’an will find this discussion and collation of references helpful.

Wessels’ larger agenda emerges belatedly (in ch. 12), where he addresses the reasons why Christians should read the Qur’an. He rightly argues that Christians and Muslims should ‘tak[e] each others’ books seriously’ (144). ‘Mutual dialogue’ is an alternative to conflict, polemic, silence, or arguments based on stereotypes (145). He points out that the Qur’an encourages Muslims to ‘enter into conversation’ with Christians (Surah 10.94; 29.45); (he does not discuss other ‘understandings’ of the Qur’an that subvert dialogue, e.g. Islamist political readings).

Some evangelicals will bump on his assertion that Christians, on their part, should approach this conversation ‘in the conviction that God has not left himself without witness (Acts 14:17) and that traces of God’s concern can be discerned in the appearance of Muhammad and in the Qur’an’ (144). ‘Muslims need Christians and Christians Muslims’, so both must learn to ‘get rid of any form of self-sufficiency and self-satisfaction’ (151). He suggests that ‘God has something to say through Muhammad and the Qur’an which Christians could reflect on with profit’ (144). This assumption underlies Wessels’ hermeneutic.

The brevity of the book is both a strength and a weakness: Wessels alternates between concise summaries (e.g. of the Qur’an’s ‘fragmentary’ picture of Jesus and the other prophets), and concordance-like series of references (e.g. ‘sin’), telling the reader to ‘look it up’ on his/her own. In the last chapter, Wessels offers a succinct Qur’an-based apologetic to deal with Muslim objections to Jesus as the Son of God and his death on the Cross (146–51), but the arguments are neither original nor adequate, and other books cover the same ground in much greater depth.

More than anything else, the book suffers from wooden translation from the Dutch and inexcusably poor editing and proof-reading. There are multiple typos. There are also obvious inanities: Citing Surah 7.158 in a discussion of the unity of God, we are told, ‘This verse calls on God and Muhammad to believe’—God is also called to believe? ‘The Qur’an is very much under the impact of the creation of human beings … [sic.]’ (100); ‘The creation of Adam is compared in the Qur’an with that of Jesus Adam [sic.] created him from matter, after which he said, ‘Become …’ (104).

Finally, the narrow focus on texts, on doctrinal content divorced from interpretive context, has the effect of distancing the Qur’an from its community of faith.

While Understanding the Qur’an counts as an adequate introduction, its colourless translation, rigid style, pedantic format and sloppy editing make it a tedious read. For someone like myself, a compulsive editor of text even on the back of cereal boxes, Wessels’ book was a bit like eating the cereal dry, without milk or sugar. Missing is the aesthetic of beauty, passion and poetry that make the Qur’an a living book to millions of Muslims today. Wessels’ admits,

The Qur’an is not an easy book … The style is sometimes jerky, sometimes even staccato. Some sentences do not flow … sometimes you ask yourself what this or that refers to (1).

Unfortunately, despite the author’s good intentions, the same can be said of this book.