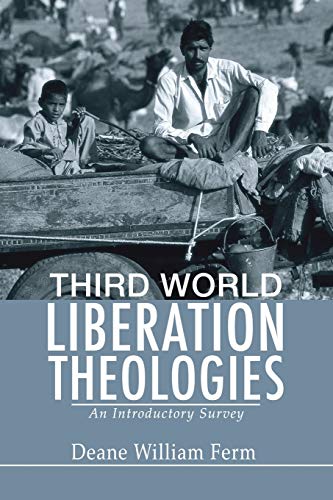 For those of us who would like a road map into the field of liberation theology, Ferm’s introduction to the theologians is a beginning. Sixty-seven theologians are introduced. However, the entries are by no means uniform. A major theologian might have six pages (Gustavo Gutiérrez), while another receive only a paragraph (J. B. Libânio). Not only is the treatment of individual theologians of different lengths, the space allotted to the various geographical areas varies greatly. All of Africa gets only seventeen pages (and eleven of those are devoted to South Africa), Asia receives twenty-three pages (divided unevenly among nine countries), while Latin America receives fifty-six pages of text. The space given to each region does not correspond to the number of theologians covered since only twenty-three Latins are represented, as against thirteen Africans and thirty-one Asians. Ferm is aware of the imbalance and explains it by what he claims is the larger amount of Latin American material.

Given the selective treatment, is the book a good introduction? The answer is a qualified yes, in the sense that Ferm has collated a vast amount of material and presented it in a digestible form. Two very commendable points are that Ferm manages to show the differences between the various theologians, and that he does interact with critical comments. One of Ferm’s stated purposes is to demonstrate that liberation theology is not monolithic; this is certainly made very clear.

In regard to the various critics of liberation theology, it appeared to this reviewer that Ferm was trying to be very fair to the theologians while acknowledging, and at times agreeing with, their critics. On the whole it seems apparent that Ferm’s sympathies are with the advocates of liberation theology. However, he deplores the lack of awareness of the majority of theologians of the question of sexist oppression. He regards their lack of conscientization at this point something that must be remedied. Actually, the feminist issue raises the point of the Latin Americans’ lack of awareness with the contributions of the marginalized people in Latin America, the Indians and the blacks. This is forcefully commented on by Englebert Mveng of Cameroon. Ferm cites Mveng’s comments on this problem and warns that liberation theologians must be aware of an elitism which sees their particular situation as normative for everyone.

The companion volume, a reader which contains twenty-seven theologians (ten Latin Americans, eight Africans, nine Asians) is a useful survey. Again Latin America gets twice as much actual space as Asia or Africa. However all the selections are well chosen and representative. Whether they are worth the cost of the book is another question, since presumably most readers will want to study the theologies represented in depth and will find the reader of negligible lasting value. The reader seems better suited to be used as a textbook in a course on liberation theology.

While Ferm’s volume is uneven in its treatment of theologians and areas, it is still useful as an introduction to the subject. This reviewer could have preferred to see less of a defence of the theologies presented (especially the last chapter where Ferm spends eighteen pages out of 118 pages of text defending liberation theology against five major critics) and more analysis of the actual authors. Nevertheless, those new to the subject will find a useful beginning. Those already acquainted with liberation theology will find it a handy quick reference.