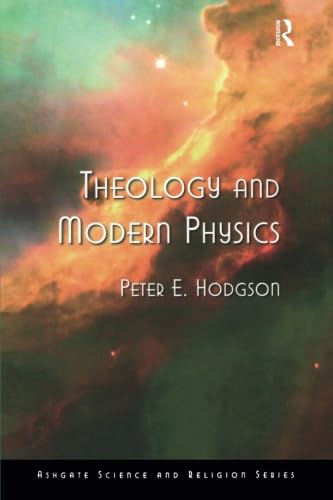 Over the centuries physics has often been used to support various philosophical and theological beliefs. This is never more true than the present one, given the discoveries of the last century which challenge our ‘conceptions of space and time, matter and energy, causality and chance’ (p. ix). This book aims to cut through many of the claims and to distinguish speculation from actual results of modern physics. What makes this book a valuable contribution is that Hodgson is clearly qualified to write on the physics (he is a physicist at Oxford University) and this is matched by a competent grasp of the historical literature on the interaction of science and theology.

The opening chapter is an introduction to the relationship between physics, theology and philosophy. The author argues that the key relationship between science and theology is that Christian theology provides the basic assumptions which are required for the scientific enterprise. In fact, one of the main burdens of the book, especially in the more historical sections, is to argue that science could become self-sustaining only in the context of a very specific set of beliefs and that in the history of humanity only Christianity has provided them. This is matched by an even-handed attempt to account for the comparative failure of other religions and worldviews to support scientific development. A repeated argument of the book is that belief systems which have a cyclic view of time (e.g. Aristotle and Eastern religions) undermine motivation for pursuing science. In contrast, the Christian doctrine of the incarnation demonstrates that time is linear. A whole chapter addresses the intriguing question of why science in the Muslim world, despite initial advances, has by and large failed to enjoy the same staggering scientific progress as seen in the West. Hodgson traces the various sociological, technological, theological and philosophical reasons that have been suggested.

The rest of the book focuses on summarising key physics and discussing the various claims made on the basis of that physics. The author takes the reader on a tour through the historical development of physics from the time of the ancient Greeks, through Newton until the misplaced confidence at the end of the 19th century. However, the bulk of the discussion is given to the current state of affairs in physics.

Three chapters are dedicated to quantum physics and rightly so given the potential implications of this theory. These chapters contain a sustained argument against the Copenhagen interpretation of quantum phenomena which is widely assumed amongst physicists. If this were the correct interpretation then it would have profound philosophical implications (e.g. the universe would be fundamentally indeterministic and the act of observing would cause a spontaneous change in the universe). The author argues that quantum behaviour should not be understood as intrinsically random, but rather the probabilities of quantum machanics should be understood as statistical uncertainties of an ensemble of similar systems. Some possible theories that fit a deterministic interpretation are discussed. Perhaps more space could have been devoted to this, especially the well-known Many Worlds interpretation.

In later chapters, cosmology, chaos theory and symmetry are covered. All the major branches of physics that you would expect to appear in a volume such as this are examined. My main disappointment was lack of extended discussion on the implications of the second law of thermodynamics.

Overall the author’s conclusion is that the results of physics have few theological implications and cannot be used to support belief in God. On the other hand, he does argue persuasively that Christianity alone has provided the foundational beliefs that have allowed science to develop.

Two remarks on the book as a whole.

Firstly, the book claims to be accessible to those with little or no scientific background. However, if the reader has not studied undergraduate level physics, he or understand some sections describing scientific theories. Equations are included, sometimes as part of brief mathematical derivations. I feel that for those less literate in physics and mathematics, the inclusion of diagrams would aid the reader to grasp some of the physical concepts.

Secondly, in terms of theology, it is evident that the author writes from a Roman Catholic perspective, such that the book essentially discusses the relation of Catholic theology to physics.