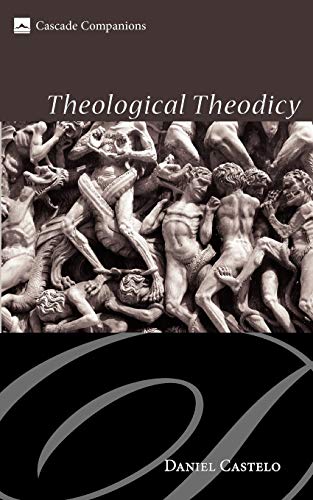 Daniel Castelo, associate professor of theology at Seattle Pacific Seminary, argues that theodicy as a philosophical enterprise is bankrupt and of no help to the church. Rather, he thinks that the problem of evil is a moral issue, making it primarily theological in nature, which disallows the why question generally associated with theodicy. In chapter one Castelo presents a somewhat broad-brush (and at points unconvincing) review of the theodical landscape, complaining that the modern theodicist has wandered off the theological path of the medieval theodicists into the dangerous muddle of philosophical reasoning, leaving the church with ineffective and possibly atheological theodicies (pp. 18–19). To save the theodical day he suggests “a revamped theological theodicy would begin with an affirmation of the triune God as self-revealed mystery, one who is apprehended with the modality of worship” (pp. 20–21). Interestingly, he advances the idea that it is not at all clear what is meant by God is good or omnipotent (pp. 16–17). In fact, he thinks that omnipotence is “deeply problematic, especially if it is hailed as a nonnegotiable requirement for theodical reflection” (p. 17). His idea of “self-revealed mystery” is that the divine attributes of omnipotence and goodness are “always revisable and negotiable since any rendering of what they may mean are provisional at best” (p. 22). Those with an affinity for the epistemological stability of theological affirmations grounded in propositional revelation, however, may be somewhat disappointed by this view.

Chapter two continues the critique of “modern theodicies,” concluding that “the god of modern theodicy is not the God of Christian confession” (p. 32), a claim not all that compelling in light of theodical literature. In fact, he argues they are rather theodicies of the god of deism or dualism (pp. 33–39). The argument (if it is an argument), however, seems a little thin, looking more like a hasty generalization at best and philosophical naiveté at worst. Nonetheless, his suggestion that pastoral answers in light of these theodicies often “have been problematic at best and violent at worst” (p. 88) is a point not contested here. What is not clear, however, is that modern theodicies bear the guilt for this. That aside, one will find much theodical profit tucked into this chapter even for those who have a more charitable view of “modern theodicies.” For example, the point that creation is good essentially because it comes from a good God has important implications for any theodicy, theological or otherwise.

Chapter three argues against dualism, deism, and determinism as proper explanations for why so many bad things happen in this world. His alternative explanation rests on the fact that “the triune God created the cosmos in freedom and out of love,” and if so, “then one could plausibly move to apply this logic to that which is non-God: creation is to relate to God and itself in freedom and out of love” (p. 60). Consequently, “humanity is given potential and possibility alongside limits. In this sense, agency and self-determination are at play, and if they are, then alternative—and even contradictory—possibilities present themselves” (p. 60). Hence, evil is the result of man in his alienated state making choices that are anti-God, interestingly a conclusion found in some modern theodicies. Nevertheless, Castelo’s treatment of sin, the devil and natural evils are extremely helpful for any interested in doing serious work in theodicy.

Chapter four titled “God’s Healing Response” contains helpful insights on speaking pastorally to those caught in the midst of brokenness and suffering by emphasizing what God has done through Christ and is doing through the spirit-led church ministering healing to those hurting. What it does not answer is the question of why if God is neither a deistic god nor merely an equal force with evil (dualism) is his goodness not more evident by intervening in horrific evils. To this, Castelo simply retorts that it is “a running question that has to be kept open for God, and God alone, to answer.” He claims that Scripture “does not give the church an answer to this question” (p. 88). However, most who serve the church either pastorally or apologetically realize that the “why” question cannot be ignored that easily as it is the intuitive cry of the human heart. In the end, the reader will wonder if what Castelo offers is, in substance, a theodicy at all. In fact, he claims that he offers “another stage in the conversation” (p. 20n32), but it appears more of an attempt to redefine the work of theodicy.

In spite of the concerns registered above, the book has merit for those interested in thinking about theodicies. This is so, even though historically the pressing theodical question of on what grounds God is morally justified in allowing so much evil in this world is rendered by Castelo as theologically illegitimate. Still, for those desiring to do the work of theodicy, Castelo raises some important theological (and dare I say philosophical) issues worthy of consideration.