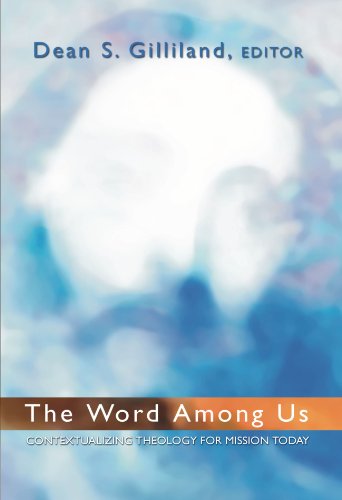 The Word Among Us: Contextualizing Theology For Mission Today

The centre of gravity of the theological world no longer rests in Western Europe nor in North America. The Christian population of the southern hemisphere is growing, while the number of Christians is decreasing in Western Europe. In such a situation, the Christian gospel cannot be preached with European or North American cultural baggage attached. In the past, Western views of the gospel and theology coincided with political imperialism and cultural paternalism. In some cases evangelization was identified with Westernization, and new converts to Christianity were told to give up their cultural identity and traditions. This brought about strong reactions and resistance against the Christian gospel preached by European and North American missionaries. The result was that missionary work was not as effective as it could have been, in the light of the huge amount of money and human power that was spent upon it. The Word Among Us is written with the intention of mending such mistakes, and tries to answer the question of Christian mission work in encounter with other cultures, focusing on the missiological issue of contextualization. The book, a collection of articles centring on the topic of contextualization, was written by faculty members of the School of World Mission at Fuller Theological Seminary.

Gilliland admits that contextualization is not an easy task, and that even its definition and understanding may not be the same among different theologians and missionaries. He defines contextualization as a process involving the careful use of cultural forms to convey the Christian message, with the commitment to understand mission with ‘biblical clarity, cultural sensitivity, and spiritual wholeness’.

The book is divided into two parts. The first part deals with theoretical aspects of contextualization, and the second deals with practical and actual examples of contextualization. Gilliland provides the theological basis of contextualization and explains why it is needed. He argues that theology is ‘never a finished product … nor are theologies completely transferable from one time and place to another time and place’. He therefore asserts that as the ‘Word became flesh’, so also the gospel must be reincarnated or rooted in soils of different cultures. Gilliland emphasizes contextualization not for the sake of pure theology but for its practical rewards. Contextualization is an effective way to do Christian mission work today. It fosters church growth by guarding against the paternalism and imperialism of Western Christian theology, and enables the Christian message to make sense to different people in different places.

Writing on OT contextualization, Arthur Glasser makes a point of emphasizing and honouring both God’s revelation in history and the covenant relationship of God and God’s people. He states that in the OT, God provides the evidence of contextualization by disclosure to God’s people through ‘the widely known, ancient phenomenon of covenant’. He then discusses the models of contextualization: the prophets, language, and the wisdom literature of the OT.

Discussing NT contextualization, Dean Gilliland reiterates that God in Jesus Christ ‘must become life in every human situation.… Paul’s call to the Gentiles was a call to contextualize the gospel. It demanded faithfulness to the central Word of truth and openness to the uniqueness of each situation.’

Charles van Engen’s theory of contextualization is explained in the context of ‘covenant’, which he uses as a model of contextualization for today. He says that ‘God can only be known in the here-and-now of our historically and culturally conditioned existence’. Therefore, he concludes that in the translation of the Bible or in the preaching of the gospel, one discovers ‘the mystery of God’s hidden self-disclosure in diverse human cultures’.

Paul Hiebert’s contextualization of the gospel is explained in the context of the philosophical backgrounds of historical European missionaries. Criticizing the lack of effort to contextualize the gospel in different cultures by missions in the past, Hiebert points out the negative influences of positivism and pragmatism.

In the second section of the book, which provides concrete examples of contextualizing. Tan Che-Bin’s ‘Ethical Participation as a Chinese Contextual Issue’ and Dudley Woodberry’s ‘Contextualization Among Muslims’ are most interesting. These two articles provide information about the foundations of Chinese Confucian culture and Muslim cultures, and then go on to describe how Christians are to relate to these cultures. Tan emphasizes the importance of family in Chinese culture, and criticizes Western individualism. He then defends the Chinese aspect of family life on the basis of biblical teachings concerning the family, human communities and human relations. Woodberry’s argument concerning the use of Islamic worship styles, and especially the use of the ‘pillars’, religious duties in Christian worship and practice, are truly profound, There are many ways to learn from other religious traditions in the contextualization process. Contextualization is not a one-way street, to impose a Christian theology conceived in the West. Instead, it is a place to meet the need of theology in the given situation of a culture, for the sake of the gospel.

This book is a good contribution in the contemporary scholarship of missiology in particular, and theology in general. The appendix and bibliography are also useful. All theological students and missionaries are encouraged to read this book.