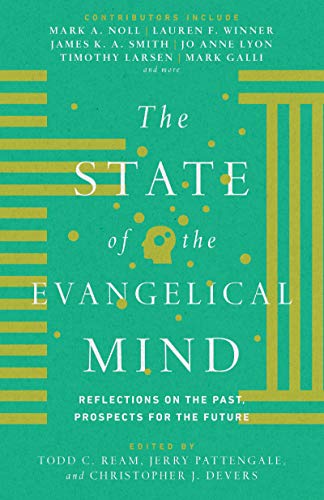 The State of the Evangelical Mind: Reflections on the Past, Prospects for the Future

No other book has influenced the evangelical mind in the past twenty-five years more than Mark Noll’s The Scandal of the Evangelical Mind (Grand Rapids: Eerdmans, 1994), which opened this way: “The scandal of the evangelical mind is that there is not much of an evangelical mind” (p. 6). Noll, then a professor at Wheaton College, sought to write an epistle to the evangelical world from a “wounded lover.” Quite tellingly, evangelicals heeded the call. Just one year after its publication, Christianity Today launched Books & Culture, which itself revealed the ascendancy of evangelicals’ intellectual activity when the 25th anniversary edition embellished the question “What Scandal?” across its cover. This, as well as other markers, indicated relative prosperity for the life of the mind. But a series of developments within the evangelical subculture, including the end of production for Books & Culture in 2016, prompted scholars to gather at the Sagamore Institute in Indianapolis in September 2017 to question the current state of the evangelical mind. This book compiles some of the topics addressed at that gathering. As a reviewer, I will evaluate the contributions in this edited work by the rubric set out by the editors: “to assess the state of the evangelical mind, identify its unique contributions, and chart a way forward” (p. 13).

Mark Noll fittingly authors ch. 1, “Reflections on the Past.” Though Noll has followed up on his book in a number of avenues since Scandal, here he offers a summary of the complicated status of the life of the evangelical mind. The complexity is due to the fact that, on the one hand, a number of periodicals and institutions that had facilitated evangelical thinking have terminated due to various practical reasons, yet, on the other, Noll notes “the demise of a particular enterprise by no means signified the end of intellectually meaningful activity by the sponsoring institution” (p. 26). In other words, from the ashes, resources were simply redirected towards other channels spurring intellectual activity.

Chapters 2, 4 and 5, rather than assessing the state of the evangelical mind (in churches, colleges and seminaries respectively), attempt to chart a way forward for evangelicals. Lyon attempts to redeem the phrase “evangelical,” identifying (and encouraging) the church’s contributions (e.g., towards social action), which stem from stalwart evangelical intellectuals (e.g., Edwards, Whitefield, Carl F. H. Henry, etc.). Larson dedicates most of his work to John Henry Newman’s ideal of a liberal education a la Christian universities. Winner’s contribution on seminaries is a very helpful reminder to instill in church pastors and leaders a deep and thorough education that caves not into the problems she defines as “extraction” and “instrumentation,” but allows them to think and see “Christianly.”

Chapters 3 and 6 are the book’s strongest contributions. Mahan and Smedley are interested in legitimizing collegiate ministry as a means to informing evangelical thinking. They express their frustration over the perception that in college ministries “Christian thought and scholarship … are not seen as arenas in which high priority is given to the life of the mind … where academic work is promoted or produced” (p. 65). In the only chapter consisting of two parts, Mahan seeks to respond by arguing that the college campus itself and the intentional engagement with non-Christian contemporaries can stimulate an intellectually engaged faith. Following Mahan’s demonstration of the positive intellectual impacts of university-based parachurch organizations, Smedley seeks to delve into historical reasons why campus ministries were depicted so. He deconstructs some of Noll’s claims in favor of J. P. Moreland’s work on the subject as a better alternative (Love God with All Your Mind: The Role of Reason in the Life of the Soul [Colorado Springs, CO: NavPress, 1997]). In Chapter 6, James K. A. Smith was tasked with “Prospects for the Future,” and he begins with his perceptions of a bleak reality. Despite the fact that intellectual ventures thrive in evangelical institutions and wider contexts, Smith laments the fact that these activities are “utterly disconnected … from the vast majority of evangelical congregations and networks that comprise ‘evangelicalism’ in the United States” (p. 144). He indicates the breach by citing evangelical complicity in the election of Trump, racial tensions, and the shallowness of its leaders, and then suggests that future energy dedicated to developing the evangelical mind should be “focused on closing this gap” (p. 147). Smith suggests one way to close the gap is to raise a generation of Christian scholars posed not for the academia, but the church, being willing to be branded by the academy as “popularizers.” Such individuals would heed Galli’s pastoral suggestions to do more than just “scold people into pursuing a life of the mind” (p. 163).

This resource is a valuable tool especially for theological students and pastors. Although the authors vary on the depth of their engagement, well-known contributors condense wide ranging material in service to inspiring the life of the evangelical mind. The chapters that assess this situation in churches, parachurch organizations, colleges and universities, and seminaries are sure to find interest among any who intend to have some impact on evangelical thought.