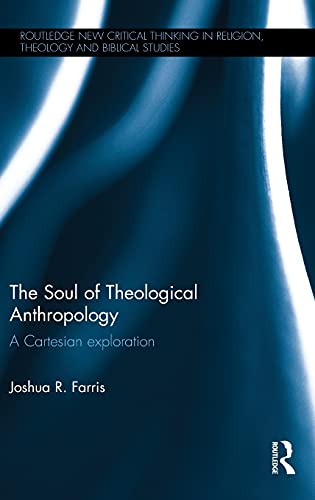 The Soul of Theological Anthropology: A Cartesian Exploration

In recent years the field of theological anthropology has witnessed a flurry of books, journal articles, and even conferences dedicated to making sense of non-dualist accounts of the mind. This increased attention is a reflection of the state of various academic fields; non-dualist accounts of the human person are the dominant accounts among scientists and philosophers alike. In a sense, this may not be too surprising. However, what some readers of this journal may find surprising is that a growing number of theologians and biblical scholars also advocate for non-dualist theological anthropologies of various sorts (See, for example, Nancey Murphy, Warren Brown, and Newton Malony, eds., Whatever Happened to the Soul: Scientific and Theological Portraits of Human Nature [Minneapolis: Fortress, 1998]; Veli-Matti Karkkäinen, Creation and Humanity, vol. 3, A Constructive Christian Theology for the Pluralistic World [Grand Rapids: Eerdmans, 2015]; Michael Welker, ed., The Depth of the Human Person: A Multi-Disciplinary Approach [Grand Rapids: Eerdmans, 2014]). In fact, such a view is the predominant and even default view at certain institutions (A significant number of faculty members at Fuller Seminary are non-reductive physicalists, including: Warren Brown, Joel Green, Nancey Murphy, and Brad Strawn). Given the growing popularity of non-dualist accounts, The Soul of Theological Anthropology: A Cartesian Exploration, by Joshua Farris (Assistant Professor of Theology at Houston Baptist University), delivers a breath of fresh air.

That Farris has written a philosophically sophisticated defense of dualism about human composition is not necessarily novel. After all, good work on the subject has been done by other philosophers, including J. P. Moreland, Alvin Plantinga, Richard Swinburne, and William Hasker. What is novel about Farris’s approach is his attempt to build his defense of dualism on three pillars: philosophy, Scripture, and tradition. Those who hold to a high view of the Bible will appreciate Farris’s understanding of Scripture as the norming norm for theological reflection. Those who hold to a high view of tradition will also appreciate Farris’s view that “tradition is a guard and guide in constructive theology” (p. 8). Another novel aspect of Farris’s monograph is that he approaches his work using the methods of analytic theology. Thus, this book is best seen as theology governing philosophy, rather than philosophy governing theology.

Beginning in chapter 1, Farris defends Cartesian substance dualism, the view according to which “an individual human is identical to the soul or the core of the human is the soul, which also has a body or functions interactively with a body” (p. 17). In chapter two he argues that Cartesian dualist accounts (elsewhere called person-body-substance dualism accounts) provide a convincing account of the biblical metanarrative of creation, fall, rescue, and restoration. Chapter three attempts to answer the question, “What views on origins are available and how do they relate to particular varieties of substance dualism” (p. 55)? In answering this question, he explores how versions of pure dualism, compound dualism, and composite dualism comport with theories about the origin of the soul including: traditional traducianism, special creationism, and emergent substance dualism. In the following chapter Farris provides his own proposal: emergent creationism (EC). This view bears some similarities to Hasker’s emergent substance dualism and special creationism. Chapter five addresses how various species of person-body-substance dualism satisfy or fail to satisfy desiderata concerning human origins, embodiment, and recent scientific findings. Naturally, Farris believes that EC does the best job of satisfying the desiderata laid down in this chapter. Readers might disagree with some of his particular conclusions, but still find his overall argument for dualism convincing. The final four chapters of the book turn to the implications of EC for a number of dogmatic issues, including original sin, Christology, the interim state, and the beatific vision. Farris concludes with a call for further reflection on virtue, sexuality, gender, race, and free will, among other subjects in relation to EC.

In this work, Farris investigates a wide expanse of theological and philosophical issues, and in so doing, makes a number of significant claims. However, Farris’s greatest contribution is his detailed account of EC. This view, according to which “souls are created by God but that souls only come into existence in conjunction with their bodies in time as emergent souls or as a distinct emergent nature; where bodies, having their own properties/powers, become causally necessary for souls and vice versa,” has a number of advantages over other versions of dualism (p. 76). These advantages include, (1) EC is a version of creationism, (2) it posits a strong relationship between the body and soul, (3) it ascribes a strong causal role to the parents in the procreative act, (4) it comports with recent scientific findings about the mind, and (5) it accounts for the transmission of original sin. Despite these strengths of EC, one strange and arguably unnecessary feature of the view concerns the intermediate state. According to EC, souls need a “personal hunk of matter” (p. 59) to operate appropriately. The intermediate state, however, is traditionally understood as a disembodied state. Farris suggests that perhaps what happens in the intermediate state is that souls “may not have their own personal body to act with, but they can act through and with Christ’s body as a new corporate entity” (p. 164).

In the wake of recent non-dualist accounts of human composition offered by a number of scientists, philosophers, and even theologians, Farris makes a welcome contribution to the defense of traditional views about the soul. While likely being too technical to serve as an introduction to the topic, The Soul of Theological Anthropology arguably offers the best comprehensive defense and construction of a dualist anthropology published in recent years, primarily because of its robust engagement with philosophical, theological, and biblical material.