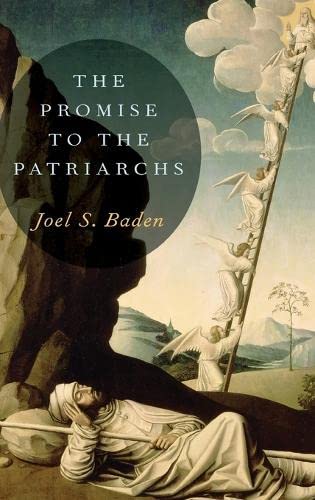 The Promise to the Patriarchs

This is a very well-written book. I found it clear and refreshing to read, partly because of the author’s attempts to make the criteria and rationale of the classic documentary (nineteenth century; Julius Wellhausen) and non-documentary (twentieth century; Gerhard von Rad, Martin Noth, and Rolf Rendtorff) approaches to the Pentateuch explicit, along with his critique of both positions and his own documentary proposal. Furthermore, the author makes a cogent argument and diligent attempt to bring his own particular documentary approach together with a canonical reading of the Pentateuch as a unified whole. This is a lot to do in a relatively short book (only 162 pages of main text with 38 pages of notes following). The goal of the book is “to examine the patriarchal promise as it functions in the Pentateuch” (p. 3) both in terms of the history of the text and its present form. Baden is proposing “a source-critically informed canonical theology of the Pentateuch, centered in this case on the patriarchal promise” (p. 6).

The second chapter is devoted to the weaknesses of the classical documentary and non-documentary approaches to the composition of the Pentateuch, specifically regarding the promise texts. We cannot detail the criteria and rationale here. Basically, the classical documentary approach undercuts the emphasis that the narratives place on the promise by removing some of the non-P promise texts from the main sources and treating them as secondary editorial additions. The non-documentary approach, on the other hand, takes the non-P promise texts to originate either very early, in the pre-Yahwistic oral traditions of the patriarchs, or very late, as the theological rationale for redacting the disparate patriarchal traditions together. Throughout the chapter Baden shows how these proposals were based on faulty criteria that were subjectively and inconsistently applied.

Chapter 3 sets forth Baden’s own proposal. He argues that all the promise texts belong to the documentary sources J, E, and P. They are not secondary editorial additions. The only exception is Gen 22:15–18, which is a special case (pp. 97–99). He argues that when they are analyzed within their respective source divisions the promise texts fit well into their narratives and, in fact, are integral to them. There is no good reason to excise them.

In chapter 4 Baden walks through the promise texts from the point of view of the three main sources: J, E, and P. He argues that the promise is well-integrated into each of these sources, respectively. Reading the text this way causes the narrative contradictions to disappear, and the literary expressions and theological centrality of the promise texts is maintained (pp. 125–26).

Finally, in chapter 5 he comes back to the patriarchal promise in the Pentateuch in terms of its theological canonical setting. He includes in his discussion some of those scholars who have historically critiqued the source-critical approach for its lack of attention to theology (pp. 128–30). In response, Baden suggests that his own source-critical reading actually adds insights to the canonical reading. He argues that “the compilation of the Pentateuch is nothing less than a bold statement of theological impartiality” (p. 142). The compiler(s) did not intend to eliminate the tensions between the sources, but simply let the diversity stand. The various theologies are all very important in the history of Israel and therefore were maintained in the Pentateuch as we now have it.

The final chapter has caused the present reviewer to wonder once again about the adequacy of the point of departure. When Baden discusses J, E, and P as separate sources, he refers to narrative “confusion” or “contradictions” between them (e.g., pp. 22–23,143, and throughout chs. 3–4). But when he comes to the canonical reading at the end of the book (ch. 5) he refers to the same as “tensions,” “distinct emphases,” or “divergent perspectives” and such (e.g., pp. 141–57). Why would they be confusions or contradictions when treated according to the separate sources, and then tensions or perspectives when treated from a canonical perspective, especially when it is the canonical reading of the text in the first place that causes one to read them as contradictions? Why not treat them as tensions or perspectives from the beginning, in their canonical context and in relation to each other?

This would not need to be any more of a “flattening of the canonical Pentateuch” (p. 162) than Baden’s source-critical, canonical reading. Nor would it need to involve illegitimate resolution of the “tensions” to make the text uniform. There are tensions in the reality of life, and divergent perspectives from which one could legitimately look at them. For example, a person can have true faith and yet sometimes struggle deeply with that faith. Compare Gen 12 with Gen 15 to see this in Abraham’s experience (contrast Baden’s reading, p. 22).

Other challenges could be raised concerning, for example, his way of managing the distinction versus the connection between the promise of multiple progeny and the individual promise in the narratives (e.g., pp. 11–12 and elsewhere). None of these concerns, however, should be taken to undermine the value of this book. I found it very helpful not only for the penetrating summary and analysis of historical-critical methods and conclusions, but also for some of the profound theological discussions spread throughout the book and especially in the last chapter. This is a valuable contribution to the scholarly discussion and worthy of serious consideration by all those who take part in it.

Richard Averbeck is professor of Old Testament and Semitic languages and director of the PhD program at Trinity Evangelical Divinity School in Deerfield, Illinois.