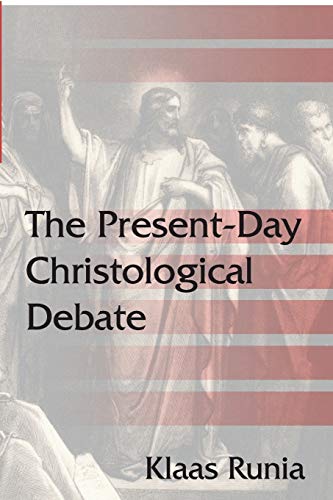 This book has been expanded into its present form from a paper prepared for the Third Conference of the Fellowship of European Evangelical Theologians, which may be a factor contributing to its weakness since (as perhaps is predictable in any synopsis of such a complex debate) there are some notable omissions and unavoidable over-simplifications. The author himself admits that he has restricted his summary to developments within ‘Western, mainly European, theology’ (p. 9). Thus there is no mention of ‘third world’ theology, in particular no mention of ‘liberation theology’, which is unfortunate since an ideological reinterpretation of the significance of Christ can be more beguiling than a blatant disowning of the Chalcedonian definition. Similarly ‘Process Theology’ is described in less than two pages in spite of its extensive influence upon academic theology in England and North America, while the major part of a chapter is given to a discussion of the symposium The Myth of God Incarnate despite Klaas Runia’s own recognition ‘that the volume as a whole is rather disappointing’ (p. 81). Moreover, there is no consideration of the ‘orthodox response’ (e.g. The Truth of God Incarnate) which (like most reactions) was generally felt to be even more ‘disappointing’; in fact recent ‘orthodox’ restatements of Christology (and their inadequacies?) are hardly mentioned.

After a short introductory chapter the study begins with a brief but favourable summary of the Christology of Karl Barth as a reaffirmation of ‘the classical orthodox statements … on the person of Christ’ (p. 16). Rudolf Bultmann, the post-Bultmannian ‘quest for the historical Jesus’ and the supposed tension between the ‘Jesus of history’ and the ‘Christ of faith’ are reviewed within the space of ten pages. The next chapter consists of a perhaps too favourable evaluation of the contribution of Wolfhart Pannenberg, including the staggeringly misleading statement that Pannenberg ‘essentially shares Barth’s thinking in categories of revelation’ (p. 37), and a contrastingly critical treatment of the Christology of Jürgen Moltmann. Subsequent chapters on the ‘abandonment of Chalcedon’ amongst Roman Catholic theologians (Schoonenberg, Schillebeeckx and Küng) and amongst Protestant theologians (Flesseman, Robinson and Berkhof) further compound the question of whether such brief summaries are a helpful introduction or a misleading simplification.

Following a chapter on The Myth of God Incarnate debate (mentioned above) the study is concluded with two chapters in which Runia compares these ‘new Christologies’ to the testimony of the New Testament, examines the manner in which the classical statements of the person of Christ developed out of this New Testament testimony and out of the worship of the early church, and finally (as one would rightly expect from any book on Christology produced by IVP) outlines the disastrous consequences of such ‘new Christologies’ for the doctrine of salvation. Fundamental to Runia’s argument in these concluding chapters (and throughout the book) is the premise that instead of speaking of Christ in merely functional terms (which Runia considers to be the common tendency of the alternative Christologies he has discussed), an adequate Christology must follow the early councils of the church by coming to express a definition of the person of Christ in ontological categories. This is certainly the key issue. The writers that Runia has examined would generally hold in common that the New Testament speaks of Christ primarily in functional terms and that this testimony was distorted at least to some degree by being expressed in the ontological categories of Greek metaphysics. An ontological account of Christ may be demanded by a functional account of Christ, but its form and categories ought also to be determined by it; i.e., a being that is located and defined in the event of becoming. It is this issue that needs to be addressed in far greater depth by those who share an unequivocal commitment to the testimony of the New Testament.

Notwithstanding such inevitable shortcomings the book is a helpful and lucid review and introduction that will be of use to the first-year theological student, to those who have had little formal theological training and to those who, through the pressures of pastoral ministry, have found difficulty in keeping abreast of more recent theological developments. Throughout the book Runia maintains an irenical and generous spirit even to those with whom he greatly disagrees. This is particularly evidenced by his acknowledgment of the ‘personal confessions’ of some of the writers whose Christology he dismisses as inadequate.