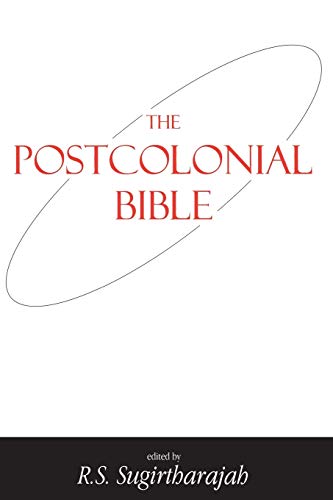 The title of this book is misleading, as the editor has elsewhere admitted, and it would have been better served under its series title, The Bible and Postcolonialism. As such, it gives us ten essays of considerable diversity, representing some of the firstfruits of the valuable and penetrating emergent discipline of ‘postcolonialism’. What, then, is ‘postcolonialism’? A popular introduction to the subject appeared in 1989 under the title The Empire Writes Back, and there you have it in a nutshell: response to the empire; a redrawing of the critical map from the perspective of the marginalised, and the whole presented with one foot in contemporary idiom and/or popular culture.

Sugirtharajah detects at least two possible significances for the term in biblical studies: as reading strategy; or as a state or condition. It may be ‘roughly defined as scrutinising and expressing colonial domination and power as these are embodied in biblical texts and interpretations, and as searching for alternative hermeneutics while thus overturning and dismantling colonial perspectives’. The Postcolonial Bible, dizzy with the newness of this vast field, is an exhilarating if uneven beginning.

The book is perhaps best appreciated by way of Sugirtharajah’s own probing chapter on the construction of Western missionary discourse. Here he rehearses William Carey’s manifesto for the need for missionary work, and explores in particular how the so-called ‘Great Commission’ of Matthew 28, and the pattern of ‘Paul’s Missionary Journeys’, begin to appear in Christian literature only after this date. Earlier interpreters found various biblical texts to inform their understanding of mission, but not these ones. The author’s contention, well-founded in my judgement, is that the choice of these particular key texts and paradigms for ‘modern mission’ has as much to do with their congruence with Western economic expansion and territorial conquest as with any ‘biblical basis of mission’. The construction of Antioch as ‘missionary HQ’, and the assumption that the ‘spread of Christianity’ is a simple Westward phenomenon, lay the foundation for subsequent readings of Christian faith within the frame of ‘empire’, and Christian mission as colonial expansion. Sugirtharajah’s contribution casts considerable light on some of the structural fault-lines running through, and increasingly apparent in, many contemporary attempts to articulate a coherent missiology for the Christian church.

Several other chapters offer equally helpful analyses. Sharon Ringe writes openly of the conflict of being simultaneously colonizer and colonized as a ‘feminist of the dominant culture of the United States’. She explores the banquet of Luke 14 and suggests that ‘truly the lowest place is not at the table at all, but in the kitchen’. Who judges the limits of social status? Kwok Pui-Lan interrogates the various Quests for the Historical Jesus in a delightful piece which suggests that the construction of academic pursuits out of texts and bones can never really capture experience of religious significance. Randall Bailey writes as a black man struggling with celebrating how Jesus washes him whiter than snow, in a thought-provoking essay entitled ‘The Danger of Ignoring One’s Own Cultural Bias in Interpreting the Text’. Richard Horsley suggests that Postcolonialism can act as a hermeneutical filter to retrieve the particular emphases of Mark and Paul, rescuing them from various forms of disembodied Western theorising.

Some of the chapters are less enlightening. Musa Dube on John seems unable to make up her mind whether John is colonial or postcolonial; and although surveys of how biblical studies has worked out in certain cultural contexts (such as Australia, the very edge of empire) are interesting, they are perhaps inconclusive.

In general, however, this is a thought-provoking and rewarding read which has much to say to all who are willing to believe that their social location, whether it be political, geographic, economic, ethnic or whatever, plays a significant role in their interpretation of the Bible. There will be more to come from this direction, and we should take it seriously.