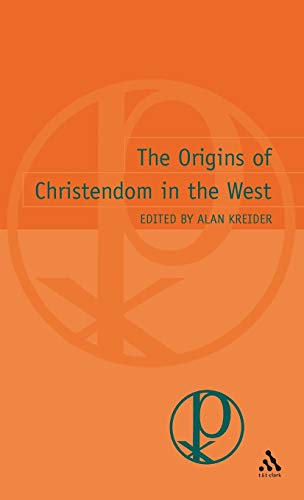 The Origins of Christendom in the West

Written by Alan Kreider (ed.) Reviewed By Elizabeth A. Clark
Mission and Culture

Alan Kreider uses the introduction to describe how this scholarly book came into being. On the initiative of the Missiology of Western Culture’s History Group fifteen scholars from eight countries met in Paris in 1996 to discuss the origins of Christendom. The objective was to gain a missiological perspective on the history of Christianity in the West.

For their purposes, the group understood Christendom as ‘a civilisation in which Christianity is the dominant religion and in which this dominance has been backed up by social and legal compulsions’ (p. viii).

The group of scholars came from diverse backgrounds representing the intellectual traditions of eight countries, many ecclesial backgrounds and such varied fields of study as ancient history, theology, missiology and liturgical studies. Together they attempted to think missiologically. The result is this interesting volume.

The treatment of topics is orderly. Three scholars write under the general heading of ‘Aspects of Conversion’. Kreider defines ‘conversion’ and reviews changing patterns; R.L. Testa illustrates these from Northern Italy; Ramsay MacMullen describes the largely unwilling spread of Christianity from the fourth to eighth centuries and its paganisation.

Three church historians, two working in Austria, one in Wales, and an Irish monk contributed to Part Two, entitled ‘Change and Continuity in the Christianisation of Europe’. They review the sociology of pre-Constantine Christianity; the preservation of early Christian features in monasticism; the changing relationship of charism and church office; the role of women in the Chrisianisation of the West.

Part Three moves to consider ‘Liturgy and Christian Formation in the Advent of Christendom’. Everett Ferguson traces the changing relationship of catechesis and initiation; Paul F. Bradshaw reviews the effects of the coming of Christendom on early Christian worship; David F. Wright shows how the struggle against heresy led to Augustine’s commitment to infant baptism and its effects upon the church.

Rowan Williams and Antonie Wessels write in Part Four entitled, ‘Theology and Inculturation’. In ‘Defining Heresy’ Rowan Williams deals with how the meaning of heresy developed and in ‘Comparative Inculturations’ Antonie Wessels sets out two contrary approaches to the Christianisation of Europe: namely, Christian faith against culture and the more common, Christian faith transforming culture.

Finally, Kate Cooper contributes the ‘Epilogue: Approaching Christendom’. She emphasises the diversity of early Christian communities in contrast to the Eusebian idea of pristine early unity for ‘the development and enactment of Christian community is always culturally specific, influenced by—and, in turn, influencing—the concrete and material conditions of society around it’ (361). Cooper lists what the historian can know about early Christianity and suggests that what we do not know is more substantial: the role of the laity, the dynamics of patronage and money, the crucial role of martyrdom and the attitude to violence. At the conclusion of a volume in which historians have sought to think missiologically, she emphasis the need for historians and missiologists to learn from each other.

The book has many strengths. Both Kreider and Cooper make reference to many of the writers and comment on their contributions. Each chapter is preceded by a summary of its contents. Footnotes which include interaction with recent scholarship, the index and list of contributors enhance the value of the book. With a topic so wide-ranging and with the contributions of so many specialists of such varied backgrounds the editor has created a surprising unity. The accessibility of contributions varies. Some chapters pre-suppose a knowledge of Graeco-Roman history, of Latin and of specialist terminology. The volume is a valuable resource concerning the relationship of Christianity and culture and ‘the continuities and changes in Christianity as Christendom came into being’.

Christopher Rowland summarises, ‘the attempt to chart the course of the formation of Christendom has opened up new perspectives on the emergence of Christian Europe. This distinctive, and most welcome, collection … illuminates the pressing challenges facing churches in a post-Christian era’.