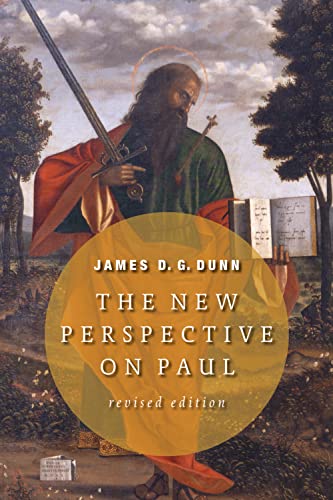 James Dunn, Professor emeritus of Durham University, is one of the most prominent representatives of British New Testament scholarship of our days. He has contributed to many debates of the last four decades. Dunn will certainly be remembered for his contributions to what has become known and widely accepted as the ‘new perspective on Paul’, which he has described, developed and shaped to this day. Although it has found its fierce opponents, for many scholars over the last quarter century this different way of looking at Paul has turned upside down our understanding of Early Judaism, Paul’s relationship to it and his presentation of the gospel of Jesus Christ. No serious student of Paul can afford to ignore this new perspective and the various discussions it has engendered.

The present volume contains twenty two essays by Dunn (published between 1983 and 2004), some of which are often quoted as seminal essays on this quest. Dunn describes his intent as follows; ‘And given the controversy which “the new perspective on Paul” has generated, it will easily be recognized that the volume is intended as my attempt to respond to the debate on the “new perspective”, as well as providing are resource for any who might find it helpful to have ready access to the full range of my developing thoughts/insights on the subject’ (vii).

Of particular importance is Dunn’s long introductory essay entitle ‘The New Perspective on Paul; whence, what, wither?’ (1–88, previously unpublished), in which he gives his own account of the origin, course, current state of the debate and of its significance for understanding Early Judaism, Paul, Early Christianity and Christian theology at large. It is one of the best introductions to the ‘new perspective’ and current scholarship on Paul which I am aware of and well worth reading, as ‘the debate has still a long way to run’ (88). Dunn starts with a personal account of his contribution and of the issues and questions which inspired it, including his understanding of the ‘new perspective’ (summarized on p. 15). He then continues with clarifying confusions and four misunderstandings of the new perspective that have arisen: Is it anti-Lutheran? What is meant by the ‘Works of the Law’? To what extent was the Jewish attitude to Gentiles at the heart of the problem? Was Paul’s doctrine of justification by faith a late development in his theological thinking? Then Dunn turns to four major criticisms leveled against his understanding, addresses them and thus takes the debate forward (38–54, the interpretation of Gal. 3:10–14, Was works-righteousness still the fundamental issue?, Has Paul’s break with the law been taken seriously enough?, Do the later Pauline letters support Dunn’s understanding?). Finally Dunn addresses another four substantive criticisms leveled against the ‘new perspective’ generally (for each are careful description. Dunn’s well-reasoned refutation and own position, 54–86). The essay closes with an overall evaluation of the ‘new perspective’ and its significance (87f).

Also of particular interest is the last essay, also hitherto unpublished, on ‘Philippians 3:2–14 and the New Perspective on Paul’ (463–84) in which Dunn ‘attempts to demonstrate the richness and fullness of Paul’s understanding of God’s saving righteousness as illustrated by the single passage, Phil. 3:2–14’ (viii). Publication credits, bibliography and various indexes round off this well produced volume.

Dunn’s essays concern crucial issues: the soteriology of early Judaism, the relationship between justification by faith and grace and judgement according to works (both in early Judaism and in Paul), the Christian fulfilment of the law and of the significance of the life, death and resurrection of Jesus.

A paperback study edition would be very welcome.