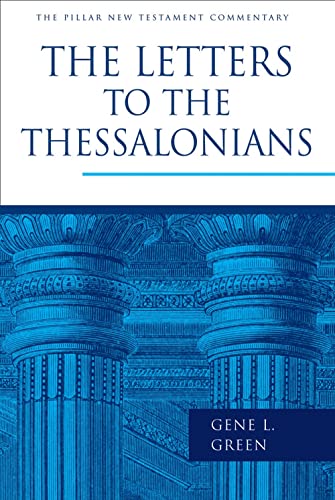 THE LETTERS TO THE THESSALONIANS, PILLAR NEW TESTAMENT COMMENTARY

The Pillar New Testament Commentary series has the specific aim of making clear the text of Scripture ‘as we have it’ (in contrast to what?), interacting with the scholarly debate but not over-technically, providing ‘a blend of rigorous exegesis and exposition’, and being alert to both biblical theology and contemporary relevance. Almost identical claims are made in several other contemporary series, although some are more technical and some are more expository. I have yet to be convinced that there is any special justification for this particular series as a series, although a good case can be made for the value of individual volumes.

So how does this new volume measure up both in its own right and as part of the series? It is distinguished by an extensive introduction (77 pp.) that majors on the history and geography of Macedonia in general and Thessalonica in particular but treats more briefly the circumstances giving rise to the letters, their authenticity and original order (Green rightly sticks to the traditional order) and their epistolary structure. The commentary itself essentially works on a verse-by-verse basis, giving a clear explanation of the text. It illustrates extensively how the letters would have been understood at the time by means of references to contemporary moral and religious writers. Some use is made of the background information in the introduction but honestly not such a lot, and I still wonder why we are given a detailed description of the battle of Pydna in 168 BC. The exegesis is solid and sensible and engages to a fair extent with other commentators (though E. Richard gets but one mention and T. Holtz not at all). Regrettably A. Malherbe’s contribution in the Anchor Bible came too late, but Green makes good use of his other contributions to understanding the letters, e.g. his work on 1 Thessalonians 2:1–12, where Malherbe argues that Paul was not defending himself against specific accusations; here Green is influenced more by B. Winter’s analysis. In 2 Thessalonians 2 Green argues that the temple may be the Thessalonian temple for the imperial cult of Julius and Augustus; ‘what is holding back’ the man of lawlessness is an agent of the cult (like the false prophet in Revelation). The nature of the idleness criticised in both letters is explained in the light of the system of patronage.

I hesitate to cavil at possible weaknesses in the commentary, particularly when I am conscious of similar shortcomings in my own work. Nevertheless, there is a minimal amount of ‘exposition’ in the sense of explaining the relevance of the material for modern readers. Here I would judge that the stated aim of the series is not fully met. There is no help with the problem that what Paul foretold about the activities of the man of lawlessness has simply not come to pass (so was Paul a false prophet?) or with how to make any use of this section today in a church Bible study group. Equally, there could have been more discussion of the contribution of the letters to biblical theology, perhaps a section of the introduction devoted to that topic. And there is nothing on the development of the thought and argument in the letters that would help us to understand how Paul’s mind was working. The merits of this commentary lie in its fine, readable exegesis of the text against the background of contemporary writers, but I wish that it had done more to help readers looking for help with biblical theology and exposition.