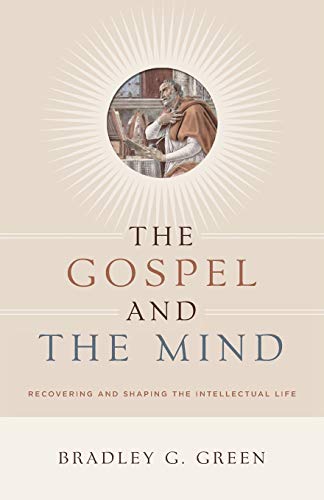 The Gospel and the Mind: Recovering and Shaping the Intellectual Life

For some time I have had the gnawing suspicion that the real scandal of the evangelical mind is not, with apologies to Mark Noll, that there is no evangelical mind. Rather, the real scandal is that whatever evangelical mind there is has lost its grasp on the epistemological significance of the gospel and is therefore, in its fundamental orientation, an essentially secular mind. For example, it often seems that those of us who inhabit the world of evangelical higher education conceive of integrating faith and learning as a project that has less to do with exploring how all the treasures of wisdom and knowledge are hidden in Christ (cf. Col 2:3) than it does with attempting to cram the square peg of faith into the round hole of learning. Indeed, it seems that most of us conceive of the intellectual life in a fashion that pays mere lip service to the notion that “all knowledge is ultimately rooted in faith commitments” (p. 83), and in so doing we betray a form of “cognitive dissonance” (p. 76) that suggests that despite our best efforts to the contrary and all of our good intentions notwithstanding, we have fallen prey to what some would regard as a kind of “functional atheis[m]” (p. 75).

If this suspicion is tethered in any real way to habits of mind that are prevalent in the evangelical camp, one wonders if there is a solution to the problem and if there is therefore any hope for the recovery of an integrated, authentically evangelical mind. In this courageous, historically informed, and theologically sophisticated examination of “the link between the gospel and the intellectual life” (p. 58), Bradley Green argues that there is a solution and that there is indeed hope for evangelicals as well as for modern thinkers more generally. It is to be found in the recovery of the notion that since “There ultimately are no ‘nontheological matters’” (p. 76), “a return to the most promising life of the mind is ultimately a return to a life grounded in Christ and the cross, and in the larger Christian vision of things, where the gospel is central” (p. 26). “If what I am arguing is true,” Green concludes, “then the recovery of any sort of meaningful intellectual life will be rooted in Christ and the gospel” (p. 178).

At the foundation of Green’s beautifully written and remarkably encouraging repudiation of the prevailing tendency to view the intellectual life as a “neutral or autonomous” (p. 75) enterprise is his insistence that both the disintegration and the debilitating skepticism of the modern mind are grounded in its abandonment of the “central themes of the West’s Christian inheritance” (p. 26). “As the modern world has jettisoned its Christian intellectual inheritance,” he argues, “there has been a corresponding confusion about the value of the mind, even of the possibility of knowledge at all, whether of God or of the created order” (p. 26). In order to recover “a genuine and meaningful life of the mind” (p. 28), Green therefore insists that we must retrieve those themes that are essential to this inheritance, themes that will then “form the matrix of any promising and sustainable intellectual life” (p. 26) if the God of this world is in fact the God of the Bible, and if it is indeed true that “All intellectual discourse is—at a very fundamental level—theological . . .” (p. 20). To this end, Green labors to elucidate the “Christian theological themes” (p. 13) that provide “a coherent account of the possibility of the intellectual life” (p. 175)—themes having to do, for example, with the doctrine of creation, the teleological nature of the world that we live in, the atonement, and the moral nature of knowledge—and in so doing successfully establishes the “two main interlocking theses” that function as the “heart and soul” of his analysis: “(1) the Christian vision of God, man, and the world provides the necessary precondition of the recovery of any meaningful intellectual life; (2) the Christian vision of God, man, and the world offers a particular, unique understanding of what the intellectual life might look like” (pp. 13–14).

The Gospel and the Mind deserves a wide and careful reading by those who are interested in the contemporary state of the evangelical mind for a number of reasons. In my estimation, the most important of these has to do with the forthright manner in which Green brings the doctrine of creation and the authority of Scripture to bear upon the question of how we should think about the intellectual life given the christocentric nature of the world in which we live. In short, Green argues that because the God we serve is not “a deistic God” but the God who “created the world through the Son . . . and now rules, governs, and sustains the created order, guiding it to its appointed end . . . , nothing can be truly understood unless it is understood in relation to the God who created and currently sustains the world” (p. 162). Moreover, Green insists that because “we know as God’s creatures, moral agents in God’s world” who have the capacity to know only because he “is graciously sustaining us in all that we do and providing for us such that knowing can occur” (p. 164), “it is incumbent on us to know and understand things in the light of who God is and what he has spoken” (p. 163, emphasis added). In the final analysis, then, Green’s examination of the connection between the gospel and the life of the mind is essential reading for evangelicals who recognize that “as created beings, we are not autonomous” (p. 37), for it reminds us of the epistemological entailments of the Creator/creature distinction, the most important of which has to do with the central role that God’s Word must play in our exploration of the world that he has created and is sustaining from one moment to the next. Green rightly concludes,

Since the Creator God has spoken to us about the world he has created, it is his interpretation of reality that must pervade all of our intellectual and educational endeavors. . . . Our learning, therefore, must always seek to understand God’s interpretation of reality as revealed in Scripture, and we are always seeking to understand all of reality in light of what the triune God has spoken. (pp. 37–38)

Paul Kjoss Helseth is a ruling elder at Good Shepherd Presbyterian Church (PCA) in Wayzata, Minnesota. He is also professor of Christian thought at the University of Northwestern—St. Paul, in Roseville, Minnesota.