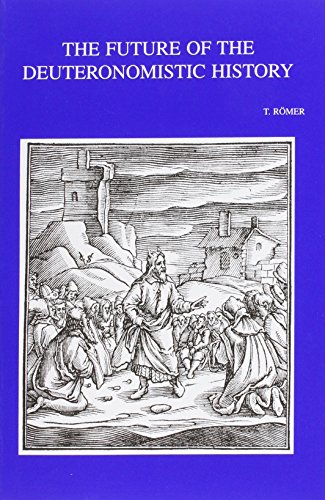 The Future of the Deuteronomistic History (BETL 147)

Two volumes with a variety of articles about the ‘Deuteronomistic History’ lie in front of me, inevitably dealing with the same issues. I will refer to them as Leuven and Sheffield respectively. Several authors contributed to both volumes, e.g. Römer, McKenzie, Dietrich, and Knauf. In one way or another, most of the articles discuss whether, how, where and when Deuteronomists had a hand in OT texts. The ‘whether’ is generally agreed, though not every contributor accepts a Deuteronomistic History. For instance, for Knauf (Leuven 110: Sheffield 388–98). Samuel and Kings contain stories which convey spiritual truth but cannot properly be called history.

Regarding ‘how, where and when’, there is no unanimity, either in OT scholarship generally or in these representative volumes. Noth’s thesis that there was one Deuteronomistic historian who reworked the stories of the past in the light of the exile has been modified, expanded and replaced. Did the Deuteronomists form a school? Or were they a movement? If so, was it prophetic, priestly or scribal? What sort of interests did they have? Were they editors, authors, preachers? Is their work also visible in the first four books of the Pentateuch? Can we find their traces in the prophetic books, or even in the writings? And what about apparent contradictions between the Deuteronomistic history and the so called Deuteronomistic passages of Jeremiah? Were there more than one Deuteronomistic edition, and if so how many?

The two volumes deal with these questions in a variety of ways. Sheffield contains an extensive 118 page history of research by Römer and de Pury, recommended reading for every serious student of Deuteronomy, Joshua-Kings, Jeremiah and Chronicles. It even includes a brief discussion of Noth’s personality and circumstances of writing (1943), seeing these reflected in his thesis. It would be very helpful to have such psychological insights more often.

The Leuven volume contains articles in English (7), French (4), German (2) and Spanish (1). The Sheffield volume is all in English, and is a translation of a work published mostly in French in 1996. (However, Albertz’s article is an exception, in that it was part of the French original of Sheffield, but now appears in adapted form in English in Leuven.) Sheffield also contains several articles about historiography in the Ancient Near East.

These books deal with much material relevant to the current debate, but I would only recommend them to postgraduates. Unfortunately, synchronic reading is hardly present (except for Smith in Sheffield). I must confess that reading again so many hypothetical proposals left me longing for some coherent exegesis. But I suppose the debate about the Deuteronomistic influences in the OT will continue.